Meri Hanikarak Biwi: Will Akhilesh Reveal The Secret Of Robotic Mishri To Ira And Pushpa?

Devina sees Robot Mishri taking the suitcase with money. She tells to Pushpa and Ira, and they decide to question Akhilesh about it. 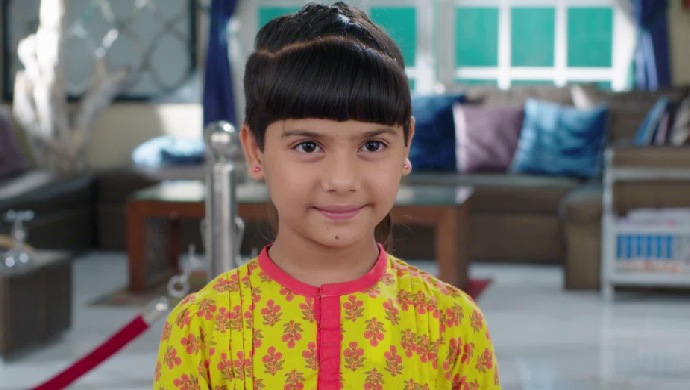 The fans of the popular show Meri Hanikarak Biwi were excited when the show took a leap of 5 years. Everything was changed and a new character was introduced to the story, Mishri Pandey (Akhilesh and Ira’s daughter). Akhilesh played by Karan Suchak was unaware of the fact that he had a daughter and Ira decided to not to tell him. After a lot of twist and turns, Mishri met her father Akhilesh and their family was complete. Soon after this joyous reunion, Ira and Mishri met with an accident while travelling in the car. Due to this accident, Mishra has gone into a state of coma.

The doctor tells Akhilesh to not to tell Ira and Pushpa as they have gone through a shock after the accident and might not be able to take it. Akhilesh with the help of Ira’s brother brings a robot who looks exactly like Mishri. He tells Pushpa and Ira that due to her accident, she talks in a robotic way. Now, everyone especially Devina is curious and doubtful about this Mishri for her unnatural behaviour. But Akhilesh somehow manages to cover it up. But this time, Devina sees Mishri doing something and panics and decides to go to Pushpa and tell her about it. In case you missed the promo, watch it below:

In the promo of the show, Devina takes Pushpa and shows her how Mishri is counting money and taking the bag full of money with her. Later at night, Pushpa calls everyone and questions Akhilesh that there is something wrong with his daughter or she has doubt that she is not Mishri rather she is someone who just looks like her. Devina adds to it that they have proof and shows Akhilesh the recording of Mishri counting the money. Seeing this Ira gets shocked and asks Akhilesh that if she is not her real daughter then where is the real Mishri?

Will Akhilesh tell Ira and Pushpa about Mishri’s coma? Will they both be able to take this shock? Watch it in today’s episode to find out.