From a young girl, Agnes Gonxha Bojaxhiu, to a selfless saint, Mother Teresa became a mother to millions of needy and orphan children. Watch her story 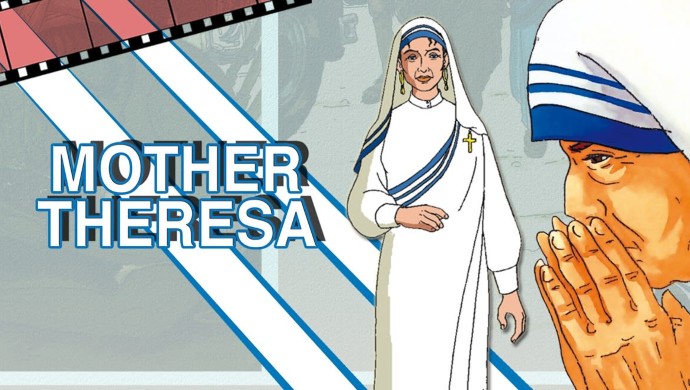 Every year, International Mother’s Day is celebrated on the second Sunday of May. This year Mother’s Day falls on May 10. Though we need to celebrate our mothers every day for everything they do for us, this is one day which is dedicated  to mothers, as well as motherhood, maternal bonds and the influence of mothers in society. In the early 20th century Anna Jarvis created the Mother’s Day International Association. Around the same time, in 1910, a nun who would never have her own children became the great Mother Teresa to every child. ZEE5 KIDS brings to you the animated biographical film based on her selfless charity.

Born on August 26, 1910, Agnes Gonxha Bojaxhiu is a young girl from Ottoman Macedonia. Her name means ‘little flower’ or ‘rosebud’. In her early years, she is fascinated by the stories of the lives of missionaries and their service in Bengal, India. By the age of 12, she is convinced that she should commit herself to religious life. She decides to become a nun at 18, and sets off for Ireland to join the Sisters of Loreto in Dublin. It is there that she changes her name to Sister Mary Teresa, after a saint that inspired her.

As is the custom, she takes on the title of “Mother” upon pronouncing her final vows and thus becomes known as Mother Teresa. Then, she is sent to Calcutta (now Kolkata), where she is assigned to teach at Saint Mary’s High School for Girls, dedicated to the poorest of Bengali families. Mother Teresa learns to speak Bengali and Hindi fluently.She teaches geography and history and dedicates herself to alleviating the girls’ poverty through education. The famine of 1943 brings death and misery to the city.

She experiences what she later describes as “the call within the call.” When she travels by train from Calcutta to Darjeeling, she says, “I have to leave the convent and help the poor while living among them. It is an order. To fail would be to break the faith.”Mother Teresa began her missionary work with the poor in 1948, replacing her clothing from the nun’s habit, to a simple white cotton saree with a blue border. She even adopted Indian citizenship.

Living up to her name in its true sense, she, along with her congregation, she took care of orphans, AIDS patients, refugees, the blind, disabled, aged, alcoholics, the poor and homeless victims of floods, epidemics and famine etc. She established the Missionaries of Charity, which numbers about 450 brother and 5000 sisters worldwide, operating 600 missions, school, shelters and AIDS hospices in over 120 countries. In 1979, she became a Nobel Peace Prize laureate. And in 1980, she received the Bharat Ratna, India’s highest civilian award.

Don’t forget to watch the full animated based on the legacy of Mother Teresa, streaming exclusively on ZEE5 KIDS now.