Paoli Dam essays the role of Kaali, a single mother who faces multiple challenges in life. Here's what women like her go through in their daily lives 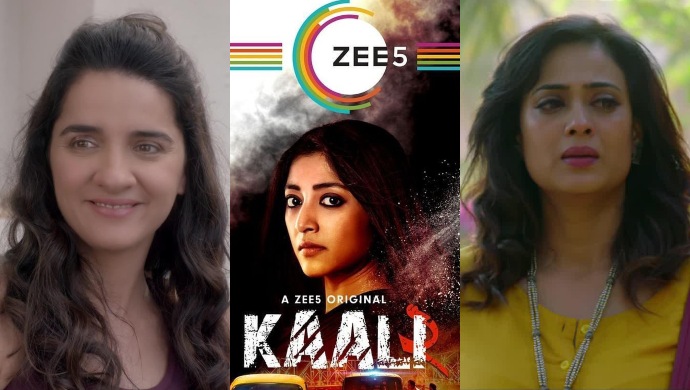 The modern Indian society has seen a rise in single parenthood due to separation and divorce. On May 10, 2020, while appreciating all the mothers out there, let’s salute the courage of single moms who independently raise their children by playing a dual role. The second season of the ZEE5 Original series, Kaali tells the story of one such mother, who goes through thunder and storm to save her only son. She fights against time, injustice and the underworld. Have a look at the challenges that Indian society throws at single mothers.

But first, watch the trailer of Kaali here:

As a single mom, they have to fulfil the duties of a mother and a father. They need to juggle between responsibilities and some times choose one over the other, which make life a lot tougher. Time becomes a precious commodity as there are so many things to take care of and it is never enough. They need to run the show all alone, which is certainly not easy.

Most single mothers are sick and tired of the motherhood and guilt rhetoric, especially working single moms. They often feel like they are forever falling short of doing enough for their kid. Not to mention the comments from their extended family and community like “Oh, your child has become so thin!” In Hum Tum and Them, Shiva (Shweta Tripathi) experiences the constant self-blame for her inadequacy.

3. No financial or social support

Kaali becomes the victim of this phenomenon when her son, Sunny is pushed off from the fifth floor of a building. For his surgery, she has to arrange six lakh rupees, within 12 hours. During the economic turmoil, she resorts to odd ways which eventually pose a threat to her and her son’s life. With no backing from society, she falls prey to gangsters and the police, trying to get rid of fatal problems that she didn’t create.

Being a single mother means that there is no one to share their good and bad experiences with. She doesn’t have any company to watch her favourite movie or eat her favourite food. She keeps oscillating between her personal and professional life. As a result, loneliness, depression and other mental health disorders start to creep in.

5. Being over-protective of the kid

In Mentalhood, Diksha Shah (Shruti Seth) is divorced and has the custody of her son. Though her kid has the support of the father, she tries to spend almost every waking minute with him. Wanting her son to be one with nature, have the right nutrition and be away from gender norms, she doesn’t know when to let go.

Many legal documents in India require the name of a child’s father, be it a passport, Aadhaar card, school admission form, etc. It is typically difficult for single mothers, who need to come up with all sorts of reasons or excuses, to get the documents filed and submitted.

Single mothers often find themselves in a quagmire when people around her either call her names for getting divorced/separated/widowed or force her to remarry. They are deemed as characterless and unable to hold a home together. They constantly come in contact with unsolicited advice from relatives, friends and elders. Even if they consider remarriage, the question of acceptance of their child arises.

Society treats a single mother differently from a woman with a husband. They often have to fight illicit approaches from men. In Kaali, she gets sexually molested by a man who pretends to help her and claims to know her husband. Even Shiva from Hum Tum and Them loses herself in a puddle of tears when she is ill-treated by a taxi driver.

Stay tuned for more updates on the upcoming second season of Kaali, premiering on May 28, 2020, only on ZEE5 Originals.

To know more about mothers and their difficult lives, watch all the episodes of Mentalhood, streaming exclusively on ZEE5.

Abhi Vs Yudi: Who Would You Vote For As The Coolest Father?