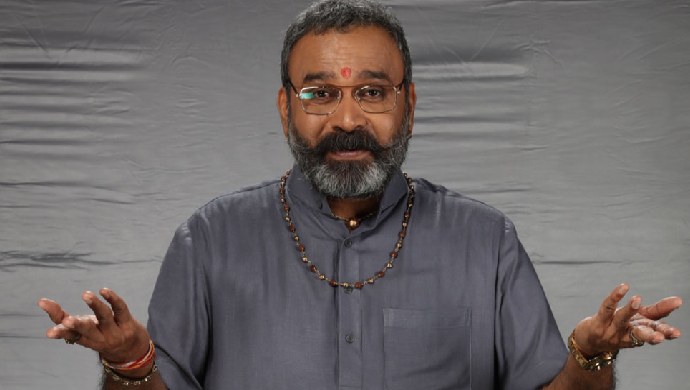 The upcoming TV show Jaat Na Pucho Prem Ki has managed to grab the attention of the audience way before it’s launch. The major reason that excites us is the fact that the show is based on a similar concept of the popular movies Dhadak and Sairat. We recently introduced you to the actors, Kinshuk Vaidya and Pranali Rathore who will be playing Badal and Suman. But as you all know “a hero is only great as his villain.” In the trailer of the show, we saw the actor Sai Ballal playing the role of the main antagonist.

Watch the trailer below:

With the curiosity of knowing more about this character, we stumbled upon a recent interview that the actor gave to a leading publishing site. The actor was talking about his role in the new show and how it is going to be DIFFERENT from his previous roles. The reason why we emphasise on the word different is that Sai Ballal is a veteran actor who has played numerous roles in his acting career, mostly negative.

It is needless to say that his expressions, body language and sense of authority are the major points that make him a perfect fit for such roles. In the new show, Ballal will be playing the role of Suman’s father Pujan Pandey, who is a rich Brahmin and has utmost respect and love for his daughter and wife. Despite being a professor, he is an ardent believer in the caste system. This side of character reveals when he learns about his daughter’s affair with a guy who belongs to a low caste and a poor family.

Talking about this new role the actor said “It is difficult to come out of a character type that the audience loves seeing you in. For me, that has always been playing the villain. However, I feel playing the antagonist is challenging particularly because it’s the driving force of the narrative. Each negative character has a different shade and unique point that differs strongly from another and so does the preparation for it.”

When asked about what made him choose yet another grey role, he said “To be honest, I kept receiving negative roles for quite some time now and was quite desperate to play a positive role. But when Pujan’s character was narrated to me, I was floored because this character was quite different from the ones that I have played before. My character in Jaat Na Poocho Prem Ki has a unique touch of complexity, unlike the villains I’ve played in the past. The biggest hook to this character for me was that there is a set image for this character in the minds of the audience from not one but two films. What could be more challenging than to abide by such a strong role with full conviction? I had to pick up some subtle mannerisms for this character and there are a few things that I am learning and unlearning for it. As an actor, it takes a lot to bring in newness to the kind of roles we portray on screen and for the audience to continue loving us.”

Knowing the expectations that are set by the audience, it seems that this actor has taken a lot of efforts and continues to do so. Not only for him but it is going to be a challenge for each and every character of the show.

Let us know your thoughts in the comments section below with the hashtag #JaatNaPoochoPremKi.

For more entertainment, watch the story of a photographer who discovers hidden treasure after an encounter with the demon in Parchhayee.

Know All About Cabaret, A Dance Form Presented By Richa Chadha In The ZEE5 Original Film

Did You Know Beni From Happu Ki Ultan Paltan Has Worked In These Bollywood Movies?