Never Kiss Your Best Friend: All You Need To Know About Nakuul Mehta And Anya Singh

Nakuul and Anya are all set to headline a ZEE5 Original Never Kiss Your Best Friend adapted from Sumrit Shahi’s novel of the same name. 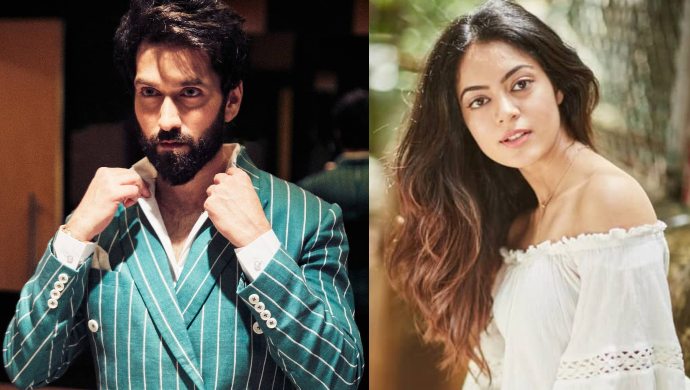 Nakuul Mehta is the Greek God of Indian television. The handsome heartthrob makes girls swoon over him from time to time while his finest acting chops keep us glued to the screens. Anya Singh, on the other hand, is a fresh face who entered the world of showbiz with Qaidi Band in 2017. The gorgeous Delhi girl is all set to share screen space with Nakuul in Never Kiss Your Best Friend, a ZEE5 Original adapted from Sumrit Shahi’s novel of the same name. As the name suggests, the web series shall star Nakuul and Anya as two besties, grappling with their complicated feelings for each other.

The cast announcement was made by ZEE5 recently on their social media handles. Sharing a still featuring Nakuul and Anya holding Sumrit Shahi’s book, the picture showed Nakuu’s lovestruck character gazing at Anya’s. Seen the post yet?

For those who are struggling to recollect who Nakuul and Anya are, well, let us help you out. Nakuul is best remembered for his performance on TV shows like Pyaar Ka Dard Hai Meetha Meetha Pyaara Pyaara and for playing Shivaay Singh Oberoi in Ishqbaaaz. Born in Udaipur, Rajasthan, Nakuul belongs to King Prithviraj Chauhan’s lineage and hails from the royal Rajput Chauhan dynasty of Ajmer. He is trained in various dance forms including jazz, hip hop, break, folk, salsa and contemporary and has won medals too.

Much to the disappointment of several female fans, Nakuul is happily married to singer Jankee Parekh. The couple is head-over-heels in love, in fact, Nakuul even learned the Bachata ( a dance form) to surprise his wife on Valentine’s Day! He has many commercials with Bollywood A-listers including Shah Rukh Khan, Salman Khan, music videos, and theatre associations to his credit.

As for Anya, she made her film debut with Lex Talionis (2016). However, her debut as a lead only came with Habib Faisal’s musical drama film Qaidi Band in 2017, alongside Aadar Jain. Reportedly, Anya has signed a three-film deal with Yash Raj Films and thus, we can expect her to see in a YRF production sometime soon! YRF casting director Shanoo Sharma had spotted Anya at a coffee shop. “I was sitting at a coffee shop and she walked in after workout to grab a cuppa. We discussed everything she had been up to in the past year. That very day, I sent her to audition for the part and two rounds later, she was selected. She is the kind of girl I would chat with at a pub, if I bumped into her,” a leading news portal quoted her as saying.

Are you excited to catch Nakuul and Anya’s pairing in Never Kiss Your Best Friend? Tell us in the comments box below.

In the meantime, watch Nakuul Mehta and Drashti Dhami on ZEE5 show A Table for Two here:

Prove To Us You Are A Die-Hard Deepika Padukone Fan By Acing This Quiz!