The new show will be a comedy-drama starring newbie Sarika Bahroliya in the lead role of Gudiya. 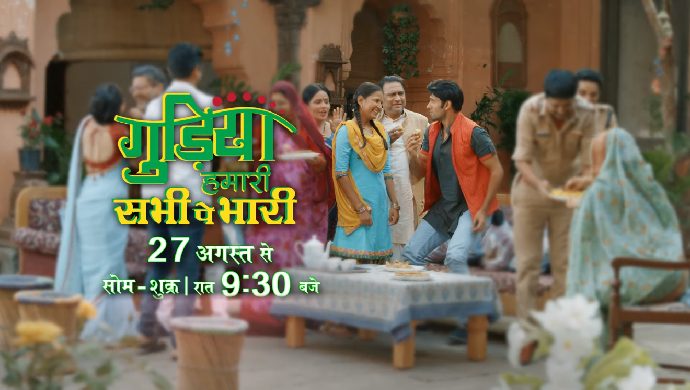 After reading the title you may think that it would be a motivational character with a concept of a strong-headed but let us tell you that it’s not what you are speculating. The upcoming TV show Gudiya Humari Sabhi Pe Bhari is going to be a light-hearted comedy with a pinch of drama. With two popular comedy shows in the bucket, Bhabi Ji Ghar Par Hain and Happu Ki Ultan Paltan, And TV is all set to launch this new show by the end of August 2019.

Recently, the channel has come up with some interesting twists and leaps in the current shows and also announced new shows to entertain and attract the audience. With this, the channel targets to provide a variety of options to the end-user.

Because of her dark skin and short height, her family is unable to find her a partner who would marry her. And even if they get successful in getting the guy to see her, Gudiya with her honest opinions and straight forward talks, makes all their efforts go to waste. In the promo of the show, we see how Gudiya using multiple creams to get fair and ending up losing her eyebrows. This also tells us that she did not complete her education which is why she couldn’t understand the difference between a fairness cream and hair removal cream.

As per the promo, the show will be starting on 27th August 2019 and it will be a weekday show in the timeslot of 9:30 pm from Monday to Friday. What are your thoughts? Let us know with the hashtag #GudiyaHumariSabhiPeBhari.

Ishq Aaj Kal Season 2 Review: Angad-Ankitta-Paras' Story Is All About Thrills And Chills