Of Course, Abhishek Bachchan Featured In Sarkar 3. Did You Spot Him?

Jr. Bachchan is very much a part of Amitabh Bachchan-headlined film Sarkar 3. In fact, Big B even credited Abhishek for the movie. 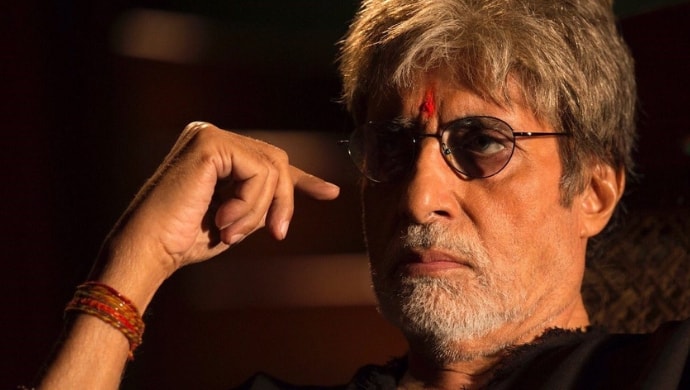 You thought Abhishek Bachchan wouldn’t make an appearance in Sarkar 3 because Subhash Nagre’s son Shankar (his character in the Sarkar series) was dead? Nope. Junior Bachchan is very much a part of his Papa Amitabh Bachchan-headlined film Sarkar 3, just not physically though. In one of the scenes in Ram Gopal Varma directorial, a wall in Sarkar’s room showcases a picture of his deceased son, Shankar i.e Abhishek Bachchan.

However, respecting the sanctity of Amitabh-Abhishek’s father-son relationship, director Ram Gopal Varma told a leading daily that he chose to skip the garland on the photograph. “It would’ve been tremendously insensitive for Mr Bachhcan to be facing a garlanded picture of Abhishek. So, we decided to just put a picture of Mr Bachchan’s character Subhash Nagre’s dead son, without any garland,” said Ramu.

Although the Dostana actor couldn’t share screen space with his daddy as a living entity, Big B mentioned that the credit for the idea of Sarkar 3 goes to his dearest son. Talking to a national newspaper, the Aag star elaborated, “He is being too generous. Sarkar (2005) was my first film with Ramu, but even before it was made, I was always appreciative of his work. It was Abhishek who initiated the idea for Sarkar 3. Ramu and I kept meeting over the years and talking about it. We would discuss various aspects of life and movies and I would chat with him about palace politics. For instance, even in a king’s home, there must be disturbances and domestic problems. We always wondered that if the king was emotionally upset about his personal issues and he had to make a decision that would impact the lives of others, would his choices be ridden by his emotional conflict.”

And while Sarkar 3 couldn’t reunite Abhishek with RGV, the two are supposedly working together on an action film. In fact, the Bachchan scion has already lost oodles of weight and is sporting a leaner look these days. Fingers crossed, we expect good news coming our way real soon!

In the meantime, stay tuned to entertainment with the latest movies on ZEE5!