Omkar Kapoor, Rishi Kapoor, and Sunny Singh's 2019 film is a romedy of errors. Catch the movie on ZEE5 now! 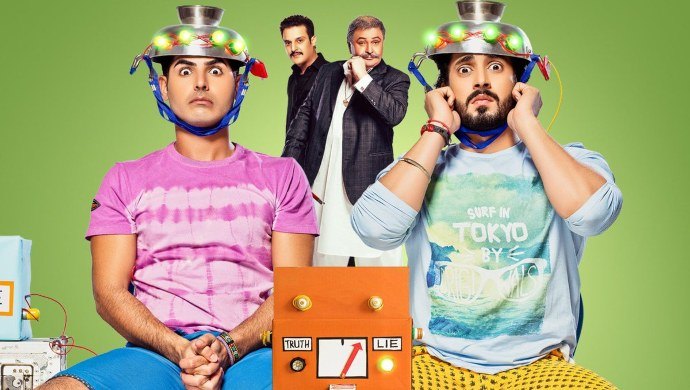 The movie revolves around a boy Varun who moves to Mauritius where he falls in love with Riya and lies to her that he is an orphan. Trouble begins when Varun’s father arrives in Mauritius and Varun seeks his friend Karan’s help to keep his secret. Watch the trailer to know more:

Omkar and Sunny have earlier shared screen space in Luv Ranjan’s Pyaar Ka Punchnama 2. The Masoom actor was last seen in ZEE5 Original Bhoot Purva. During the promotions of his web series, Omkar told us about reuniting with Sunny saying, “We started our journey together, so it’s great. There are a lot of prospects wherein they want to see us together, so it’s a lot of fun working with him. We pull each other’s leg a lot, we have our secret jokes.”

Speaking about working with veteran Rishi Kapoor, he said, “It was a breeze working with him. I had heard these perceptions about Sir, that he is intimidating, but that wasn’t the case at all. I met him on the third day of the shoot and he was so so kind. He made sure, he looked into my clothing, he told me how to dress up. He shared a few incidents from his film Bobby. We were shooting in Mauritius for a month, he sent his person to go and get clothes for me. We even went to the casino once together and played gamble. He won and I lost. That was a great time, and I have realized one thing about these big people is they are there because of some reason. They are these large-hearted people from within, the stars that we look up to.”

#LaughterTherapy: 5 Funniest Performances On Comedy Dangal To Watch During…

Karisma Kapoor and Dino Morea Are The Super Moms in Mentalhood