Tejas Dhanraj, the writer of ZEE5 Original film Operation Parindey, opens up about inspiration for the title, character sketches and challenges. 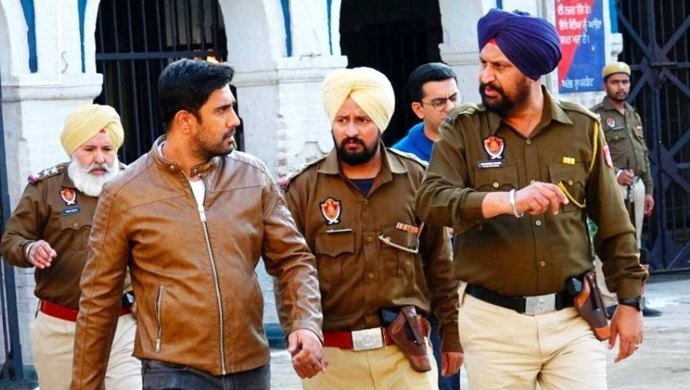 Operation Parindey is an upcoming action thriller ZEE5 Original to be released on 7 March 2020, the film is no ordinary story. Starring Amit Sadh, Rahul Dev, Ameet Gaurr and Kunal Kumar, the movie has a fictional narrative based on one of the most daring and controversial jailbreak incidents that put India under threat. This #The24HourChase is a period drama made in 60 minutes, is very racy and pacy in experience. It is written by Tejas Dhanraj and directed by Sanjay Gadhvi, Dhoom (1 and 2) fame. In an exclusive interview, Tejas opens up about writing for the web and working with Rahul Dev. Read excerpts here:

1. Where did you first find this compelling story to make it a film?

The concept was stuck with me from 5 to 6 years. While I was dabbling in films here and down south; searching for stories, I came across this unknown incident of prison break that happened in India. I pitched it to a producer back then, when there were no OTT platforms. I was struggling with the budget, but after the advent of the web, my script found a home and I developed the story even further because no one had attempted such a story before.

2. Given that there isn’t much information about it online, how did you research to write on it?

I’m a keen newspaper reader and updated with world affairs, but for this particular story, I personally visited the places where these individual jailbreak happened. I even met the police officers, some of them who are now retired, to dig the internal matters of intelligence that could make my script more interesting and authentic.

3. What was your inspiration for this period film?

The massive real-life prison break incident that happened post-Surgical Strike really intrigued me. The events that unfolded were my sole inspiration. And it concluded in just 24 hours. So, it was challenging to write and create it with all the true elements in it, yet with a fictional narrative.

4. As this is larger than life period drama, which other genres are you inclined to, in terms of writing?

Since I grew up watching South Indian movies and stars, I love this masala, ‘larger than life’ drama genre, but with logic and sensibility. It’s my strength and I’m the most comfortable doing it. But in terms of scripting, as a director and creator, except for ‘horror’, I can write all genres”.

5. Since you’ve worked in the south also, how different or similar is your writing process when its about audience?

See, the irony of creativity is that it’s universal and subjective at the same time! Human emotions and stories are similar across the world, but it depends on who is carrying the emotion. Every region has its own trademark and I try to incorporate them, but more or less the process remains the same. My advantage is that I’m familiar with the audience in Hollywood, Bollywood, and Tollywood.

6. How did you come up with this intriguing title Operation Parindey?

It is my brainchild! I derived it from a dialogue of the STF (Special Task Force) officer, “ye kauvo ke saath kabutar kaise udd gaye“. And that’s when I thought ‘birds of unlike feathers flocked together this time’, which I used for the tagline of the film. And the code ‘operation’ is used for every crime-solving project by the forces, that’s why even the producers locked it.

7. While writing, did you always imagined the same cast for this film?

No. I did not have any cast or actors in mind. I was driven by the real-life characters, the STF officer, the 2 terrorists and 4 gangsters only. When the director came on board, he suggested Amit Sadh and I immediately agreed, later realizing that maybe I subconsciously wanted him. We kept his character, Abhinav Mathur, really subtle even in aggressive situations. Even with Rahul Dev, for Sardar Monty Singh’s character, there was no second thought.

8. In the making of the film on set, how much of a say do you have, to do justice to your writing?

The web or OTT world is difficult than Bollywood film-making. I’m driven by my conviction alone, but I also have to convince the makers. It’s challenging, but that’s what makes it most interesting to create!

Watch for ZEE5 Originals to catch this unusual thriller Operation Parindey on 7 March 2020.