At the beginning of the battle of Mahabharata, Krishna tries to solve Arjuna’s dilemma and shows him the side he should choose. 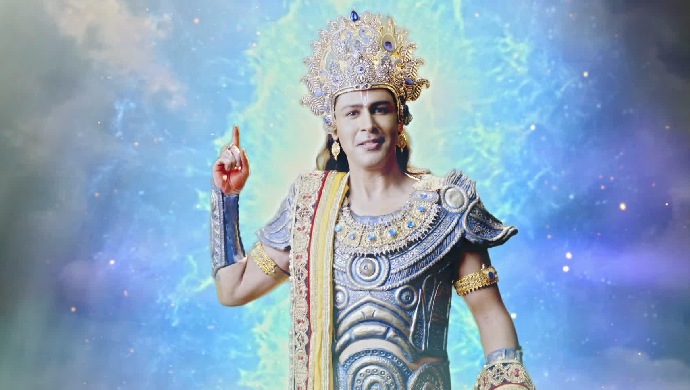 After the end of evil Kans, Kanha freed his parents from the jail and made his father the king of Mathura. With this, Kanha proved that every human has to abide by the rules of the religion which were meant for the well-being of humans. And if someone tries to disobey them then no power could save him from his end.

After the adventures in his childhood, Kanha took the avatar of Shri Krishna to play an important role in the epic battle of Mahabharata. In the recent Maha episode, we saw Krishna along with Arjuna in the battlefield where Kauravas and Pandavas are ready for the battle. Before the battle starts, Arjuna drops his bow and tells Krishna that he won’t be able to kill his own people and siblings.

Krishna says that every person on the battlefield is divided into two parts, the one who wants to protect the religion and the others who want to destroy it. They all have made their choices in life which is why they are standing where they belong. Arjuna asks him about Bhishma Pittamah and his Guru Dronacharya who taught him how to use weapons. Krishna explains to him that both of them had done good and bad Karma but what makes them stand against the religion is their expectation while doing the Karmas.

To simplify even more, Krishna shows a bird view to Arjuna and asks him to recognise who are his siblings and who is his enemy. He then tells him that every soul is a part of him and to make sure that the religion is safe he has to take avatars in every Yug. And in this Yug, he has chosen Arjuna to protect the religion. After hearing this, Arjuna gets to understand what is his purpose of life. He requests Krishna to reveal his true self, seeing which he gets pleased.

Are you excited to watch how the epic battle of Mahabharata took place? Let us know in the comments with the hashtag #ParamavatarShriKrishna.

Watch all the episode of Paramavatar Shri Krishna here.

Watch The Story Of Little Krishna The Darling Of Vrindavan

OMG! 6 Similarities Between Paramavatar Shri Krishna And Harry Potter That Are Interesting