Last week on the show, a series of new events unfolded, when Rishi Durvasa came to stay at Krishna’s palace. 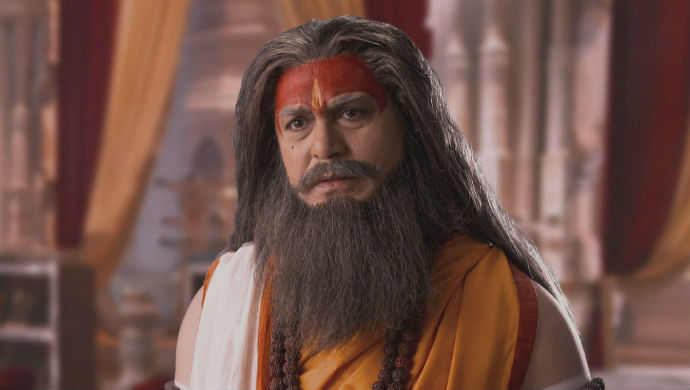 Paramavatar Shri Krishna is a Hindi mythological television series, starring Nirnay Samadhiya (as little Krishna), Vishal Karwal (as Lord Vishnu), Tarun Khanna (as Lord Shiva) and Gulki Joshi (as Mata Devaki). The serial showcases the life of Lord Krishna, from his childhood, till the time that he emerged to be the protector of the world. The serial sheds light on Lord Krishna’s many adventures and expviseriences. Here’s a recap of what happened last week in the serial.

Jad Bharat is taken by the Aghoris to be sacrificed for Maa Kali, but Krishna comes to his rescue. Kali maa shows herself and makes the Aghoris vanish, for being enemies to mankind. Meanwhile, Bhagwan Paundrik plots against Krishna, to get control on his people and makes a new temple where Dwarika stands.

2. Krishna offers his throne to Paundrik

Paundrik forcefully makes the citizens of Dwarka drink ‘madira’. In another scene, royal guards take Jad Bharat to lift the king’s ‘palki,’ without eating or drinking anything, which endangers his life. Krishna saves him, by showing his true self to the king, and later reveals it to Jad Bharat, as well. After seeing Dwarka in trouble, Krishna offers his throne to Paundrik.

Paundrik discovers that he cannot give money to anyone he wants, even if he becomes the king. Krishna tries to find a way to defeat Paundrik, without using his powers, as it will not be fair to use them. To get money, Krishna asks Paundrik to go and then asks the lord of money, Kuber, for help.

A new set of events unfold when Rishi Durvasa comes to stay at Krishna’s palace. He troubles the palace residents and forces them to keep him as a guest. When one of the conditions of making plenty of food for him is not fulfilled, he threatens to put a curse on Krishna and the whole of Dwarka.

As Rishi Durvasa is done with resting and sleeping, he asks for a tour of Dwarka, but he refuses to go on foot. Krishna arranges a palki for him, which none of the servants can pick up, as Rishi Durvasa has to find an opportunity to put a curse on Dwarka. However, Krisna picks up his palki and succeeds in avoiding trouble.

Paramavatar Shri Krishna’s Manish Wadhwa Aka Kans Has This Hollywood…

OMG! 6 Similarities Between Paramavatar Shri Krishna And Harry Potter That Are…

What do you think will happen next? Stay tuned! Catch more of this exciting story of Lord Krishna, only on Zee5!