Akrur comes to Vrindavan and tells everyone how Kans has invited Kanha to come to Mathura. Will he go? 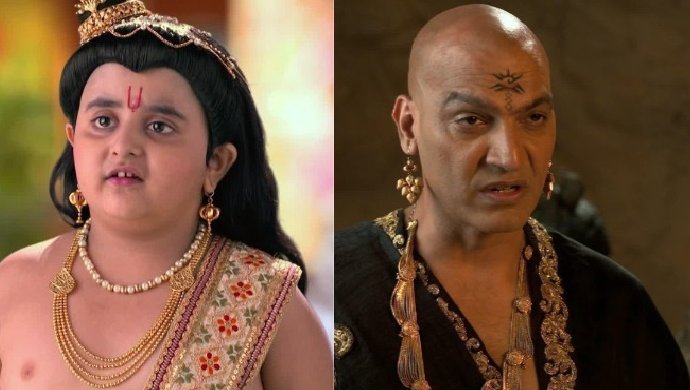 In the recent episode of the show Paramavatar Shri Krishna, Kans is dreaming about killing Kanha and proving that the prophecy of Lord Vishnu was wrong. He goes to meet Devaki and Vasudev and tells them that their 8th son Kanha is coming to Mathura and as soon as he comes there he will be killed. Listening to this, Devaki smiles. She tells Kans that he is unable to see the truth, and that by inviting Kanha he has actually invited his own death.

Akrur comes to Vrindavan with Kans‘ invitation for Kanha to come to Mathura for a Malla battle. Hearing this, all the people from Vrindavan get worried and they feel that Kanha’s life is in danger. Akrur further tells them about Kanha’s real parents Vasudev and Devaki and also tells them about the prophecy that says Kanha is going to end evil Kans. Nand Baba and Yashoda disagree with this fact and say that they won’t send Kanha to Mathura ever.

Kanha comes there and tells everyone that it is his responsibility to help those who are in need. He convinces Nand Baba and the people of Vrindavan, but Yashoda doesn’t allow him to go. In the promo of the upcoming episode, we see a glimpse of the Mahayudha that is about to happen soon. If you haven’t watched it yet then watch it below:

Kanha tells Yashoda that she also needs to think about the mother who has not seen her son since his birth. He says that it is not only about his parents but also about those innocent lives who have been counting on him to come and save them from evil Kans. In the promo, we also see the glimpse of Mahayudha between Kans and Kanha.

Will Yashoda allow Kanha to go to Mathura or will he go without her permission? Lets us know your thought in the comments with the hashtag #ParmavatarShriKrishna.

Watch all the episode of Paramavatar Shri Krishna here.

9 Films To Keep You Entertained While You Sit At Home On A Rainy Day!

Monsoon Playlist: 10 Hindi Songs That Will Make You Want To Romance In The Rain