In the latest episode of Parchhayee, Ira Dubey, Jay Bhanushal, Plabita Borthakur, and Sukhmani Sadana come together to tell an interesting tale. 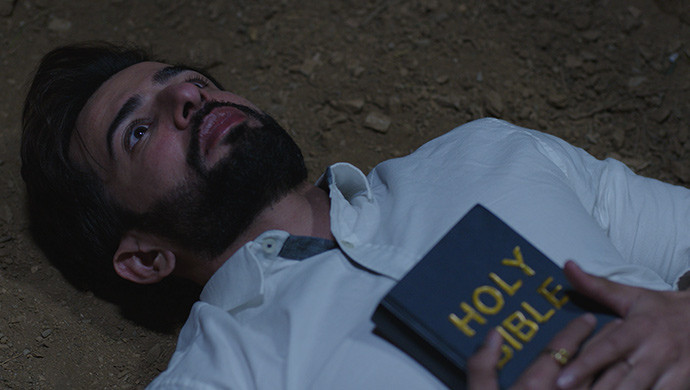 Horror as a genre remains under-explored in India. But with the introduction of OTT platforms, it’s the dawn of a new era for creative content. Various shows, told in parts, have been released for those who love to seek thrill and mystery. Parchhayee, a ZEE5 Original horror web series, is one such show that presents a collection of short spooky stories by celebrated author Ruskin Bond. In the latest episode of Parchhayee, Ira Dubey, Jay Bhanushali, Plabita Borthakur, and Sukhmani Sadana come together to tell an interesting tale.

The charm of Parchhayee lies in the fact that the narrative is a departure from the contemporary age and time. Whispering in the Dark too is set a century back from now, revolving around the Edward sisters – played by Ira and Sukhmani. Suzi (Sukhmani) and Reema (Ira) are two girls living all by themselves in a plush estate adjoining a dense forest. As it gets dark, the forest reveals its secrets as Suzi and Reema team up. So when Joy Mehta (Jay) and his girlfriend Neelam (Plabita) get lost in the woods, the dark whispers a mystery their fate depends on.

Suman Mukhopadhyay brilliantly executes the finale episode of Parchhayee. The screenplay is crisp and has no space for boredom to seep in. The plot cannot be exactly said to be predictable, for Jay and Plabita introduce a certain romance in the air. The cinematography excellently captures the landscapes of what seems like a jungle in the North of India, giving it a haunted feel.

Acting wise, Jay brings his finesse to the story. He keeps it real and sharp, not giving away too much at a time. This truly marks a great debut in the web space for the celebrated actor-host. As for Lipstick Under My Burkha fame Plabita, she is a natural. Ira’s smile hides innumerable secrets yet her eyes express deep pain, while Sukhmani, who has penned a horror film herself, handles all the nuances of her mysterious character perfectly. The evil smirk, the ruthless mind, the bewitching charm…Ira and Sukhmani very well slipped under the skin of their characters.

Not quite the horrifying experience, but a great chase to the climax we’d say! Watch it at your own risk. Share your thoughts about the episode comment below with the hashtag #Parchhayee.