Posham Pa: Why Nursery Rhymes Are Used To Add Menace In Horror Films

Over the years, we have seen so many lullabies get a creepy twist in several films and show. Posham Pa, title of a ZEE5 Original, is also a rhyme. 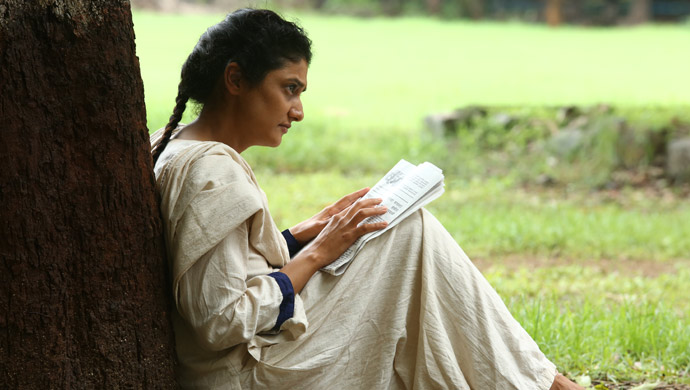 Nothing sends quite the shivers down your spine like a creepy kid singing a rhyme somewhere in the frame. In the case of ZEE5 Original Posham Pa, a little girl singing almost under her breath, the popular childhood rhyme the movie gets its title from, does the job. Of course, Posham Pa is no horror film. It’s a crime thriller with scenes that more than scare you. Nursery rhymes are supposed to be fun but when thrown into a suspense drama, take a morbid shape.

The words of the rhyme are in correlation with the narrative.

Posham Pa revolves around the real-life case of two serial killer sisters Renuka Shinde and Seema Gavit. Sayani Gupta and Ragini Khanna essays these two sisters – Regha Sathe and Shikha Deshpande, while Mahie Gill plays their mother Prajakta Deshpande. Renuka and Seema, along with their mother, kidnapped and brutally murdered several children. The half-sibling duo became the first women to be awarded the death penalty in India. Coming back to the rhyme, the lyrics mentioned above are rightfully and placed to describe the situation. Sayani and Ragini’s character commits several crimes and thus, end up behind the bars, on a death row. A memorable childhood song gets a sinister twist when used in a world of terror. Catch a glimpse here:

One, two, buckle my shoe in Nightmare on Elm Street, Three little pigs in The Shining are some of the examples of a terrifying and eerie effect a nursery rhyme can induce. Originally written for kids, the scene when we see a character croon these lullabies is enough to chill your spine and give you goosebumps. It’s like nursery rhymes and horrid situations fit together like pieces of the same puzzle!

Can you think of more rhymes used in thriller movies? Tell us in the comments box below.