Prakash Belawadi On The Tashkent Files: Vivek Agnihotri Is Liberal About Taking Opinions 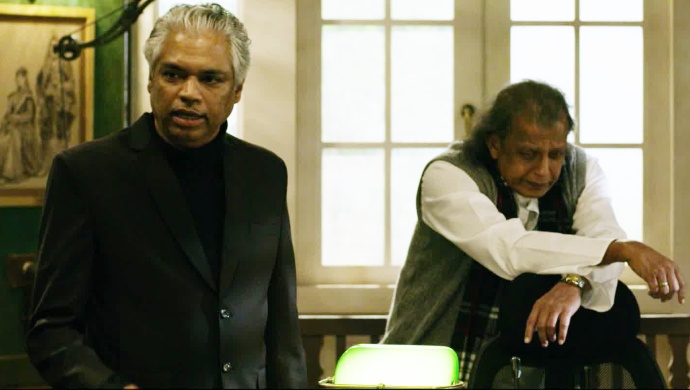 The Tashkent Files won the High Five On ZEE5 Award. It was the most watched film on the platform in the last 6 months. Prakash believes that this award is validation for the film, which was panned by critics for being too right leaning. He talks to us about the criticism for The Tashkent Files, and the how he was surprised when Mithun Chakravorty held the most informed political conversation on set.

Watch the trailer for The Tashkent Files here.

1. How does it feel to win an award for The Tashkent Files and what’s more an award based on the audience’s choice?

I feel like this is validation because critics gave this film negative reviews. I was surprised, not because they found a right-wing angle to it, but that it didn’t judge the film on the merit of the film. They didn’t judge the film on it’s merit. The public watching this film is validation for us. This film is not a romantic or a comedy film, plus ZEE5 has such a wide range of films, so it’s amazing that people watch this film and love it.

2. This film became quite a controversy, did you face any trouble while making the film too?

There were a few actors on set who were troubled by the entire political nature of the film, but everyone did it in good faith. But otherwise we didn’t face any trouble while we were making the film. There’s a sect of people in Mumbai cinema, an intellectual sect, who look down on people who take up a certain political line.

3. You are an activist. The film also stars Naseeruddin Shah, who has been labelled a leftist. Why do you think Tashkent Files was called a right-leaning film then?

For two reasons, and the first one is the director Vivek Agnihotri. He is very active on social media and he likes to take on these intellectuals on Twitter. Since he is called a right-wing person, his film carried that tag too. Secondly, there is a knee-jerk response when there’s any criticism for some of the established names in the modern India project. I think the patron saint of that imagination is Pandit Nehru. There’s an establishment very loyal to Nehruji and they have an immediate response to any criticism of him. Even if it’s not completely a criticism of him or his dream for India, the divide is so sharp that it’s easy to get labelled a communal bigot… or at best a right-wing, whatever that means.

4. When a film is labelled right-wing, do you as an actor feel awkward or guilty about being associated with such a work?

I was once directing a play about Subrahmanyan Chandrasekhar the astrophysicist. People loved that play and during the Q&A section one person called it a great play. Then they added ‘It is a shame such a good play is directed by a Sanghi like Prakash Belawadi’. So it’s very easy to be labelled a sanghi, or a right-wing person.

It does make it awkward to be associated with such projects. Because I worked in a film ‘The Least of Us’ with Sharman Joshi. It’s a film about the murder of a Catholic missionary and social worker. People who look at me in that film, will call me a liberal bringing shame to India. We are only actors you know, we are not hired by the government to spread their propaganda. We can take up roles just like lawyers can take up cases.

5. How did you land the role of an investigator in The Tashkent Files?

I don’t know how I ended up in this film. When I first saw the script I thought I was being typecast as the RAW official or CBI officer because I’ve played that roles in Hindi a few times now. Then I read the script and realised it was a more complex role and I wanted to do the role. I had not learnt acting formally. I come from a theatre family but the others almost 5-6 of them were from NSDA. Yet we gelled well together.

6. Since this film is so deeply political were there political debates on the set?

Yes there were political and economic debates on set almost everyday. The debates were presided by Mithun Da (Chakraborty) and everyone was so surprised that he knows so much about the political and economic situation of the world and mainly the USA. He once asked me if I was surprised that he knew so much. I said I was surprised by his knowledge of American politics, but I am from another generation. I said that I knew when he did Mrigayaa, that he was very politically aware. I spoke to him for hours about Indian politics.

There was a Prashant from the USA who brought in a different perspective to the debates. Anyone who was part of the crew would also join the discussions. Mithun Da made sure that the debates never got heated because he is funny. Even Shweta would come in to ask questions and learn about the past.

7. You’ve directed films and plays, besides acting. Which is more satisfying to you directing or acting?

I’ve been acting only for the last few years. So obviously directing is more up my alley. I come from the backstage tradition. So I have a habit of getting really involved with the script, working with the camera guys, frame blocking. I like directing more obviously. I usually give my opinions to the directors but it’s upto them to take it or leave it. Vivek is the most open and liberal person when it comes to listening to opinions. It was a great experience working with him.

8. How do you think the film has changed the conversation around Shastriji’s mysterious death?

It’s done more than that. Naseeruddin Shah, Mithun Dad and Pankaj Tripathi are not small names anymore. We made this film on a budget of 5 crores so to get these big names is no joke. It must mean that the content had some substance to it. I also think there’s something comical about India copying stories from abroad. If we can find stories from our own history we would be making new content. Shastri ji’s death is not even ancient. I was born before he died, and we have not had any introspection about our own history. We explored what was right and what was not right.

Tashkent Files is less about investigating Shastri’s death. It was an exploring of how the truth was suppressed. So many important people die in our country without the public ever finding out the truth. Tashkent Files opens a space to ask these questions to the establishment.