Priya Banerjee On her Character In Baarish: Shreya Is Quite Like Kareena’s Poo In KKKG 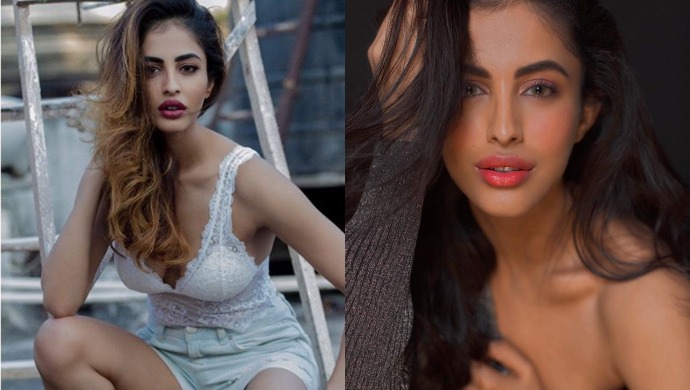 Baarish season 2, the ZEE5 romantic drama web series, is back ! The series features Sharman Joshi, Asha Negi, Priya Banerjee and Vikram Chauhan, in the lead roles. Their on-screen chemistry and exceptional performances have kept the audiences hooked to the series. This series makes one believe in #PyarkaImtehaan, which itself speaks about the tests one faces when in love. Like Anuj-Gauravi showcase a mature old-school romance, likewise, Shreya-Aniket’s love story is full of passion, and is built on a strong friendship. The characters teach us important things in life that one should remember when in love.

The story of Baarish revolves around a businessman, Anuj and a middle-class girl, Gauravi, who get married to each other for the happiness of their families. But in season 2, things take a 360 degree turn and audiences are left speechless. Actress Priya Banerjee, who essays the role of Shreya in Baarish, got candid with us. In an exclusive interview with Zee, the petite actress shared her experience of working with the legendary actor, Jeetendra Kapoor, her off-screen equation with the cast of Baarish, the love that audiences are showering and much more.

Baarish season 2 has released and audiences are showering lots of love to the series. How does that make you feel?

Also, it came out at a very good time, as people have a lot of time to sit at home and watch the shows. The timing was perfect and people are looking for something new to watch. We did not expect so much love, we did know that it will do well, but the kind of love we have received is overwhelming. Everybody is waiting for the new episodes now, and it is fabulous to receive such a response.

The audience has given immense love to Anuj and Gauravi and Shreya and Aniket. What do you have to say about it?

Jeetendra ji has made his digital debut in this series. how was your experience working with the legend?

It was great, it was like a dream come true. The first thing that I did was take a picture with him to show it to my parents. My mom and dad are massive fans of Jeetendra ji. The time, I told them that am working with him they were excited. Not just that, even my staff were excited. Me, Asha, Sharman used to sit around him, and he used to tell us amazing stories from back in the days.

Any memorable moment you remember after shooting the second series?

There are many. I would say every single scene was memorable. The climax that is not released yet, we had a blast shooting. The entire vibe was very happy, everybody was dancing, Jeetu ji was dancing, for me shooting the climax was the most fun and together we were having a blast.

How well do you relate with your character?

The only thing I relate with Shreya is that she is very impulsive and so am I. But am impulsive in a smarter way, and Shreya is stupid that way. Shreya, from what i have gathered, is not evil, she is just having a blast. She just wants to do what her heart feels like, and follows her heart regardless. Apart from that, am nothing like Shreya, as am very sensitive when it comes to life. Shreya does not realise that her behaviour can affect other people.

What do you have to say about Shreya’s behaviour towards Aniket and his family in season 2?

Your character Shreya, reminds us of Poo from KKKG.

Ya I know, lot of people have said that, and even I have realised that very much. She does say shit without realising it. A lot of time, I would ask Nandita ma’am ‘yeh line aise kyun bolna hai’. She is like ‘Shreya hai kuch bhi kar sakti hai’. Even her description of Shreya was like ‘ja ke bol de, Shreya hai na’. Throughout the show, the one thing Nandita ma’am has always told me ‘Shreya hai kuch bhi kar sakti hai, kaise bhi bol do, farak nahi padhta hai’. I did not have to worry about what she is doing.

How is your equation with your co-star Vikram in real life?

Any moments that you will miss the most?

We had such a good time on sets, also we always had amazing plans and we used to go out for dinners.Vikram and I used to have Maggi on sets. Whenever he used to see me, he used to say ‘chal maggi khate hai’. We were just obsessed with eating non-stop, and ordering food. We used to look forwards ki aaj kya khayenge. We are like huge foodies. Our director used to get amazing gajar ka halwa ghar se. Am just missing eating with everybody, having a blast, but I hope once this ends we shall catch up.

In the series as well as in real life, you are a true fashionista and inspire people in many ways?

Message to your fans?

Watch Baarish 2 as it is a beautiful show and stay safe. Have been telling most of the people on my stories to stay at home, maintain social distancing and be safe.

Get Live Updates on Coronavirus Outbreak on ZEE5 News.