Radhika Apte's Phobia and other Bollywood films are proof that fancy outdoor locations aren't a necessity to engage audiences. 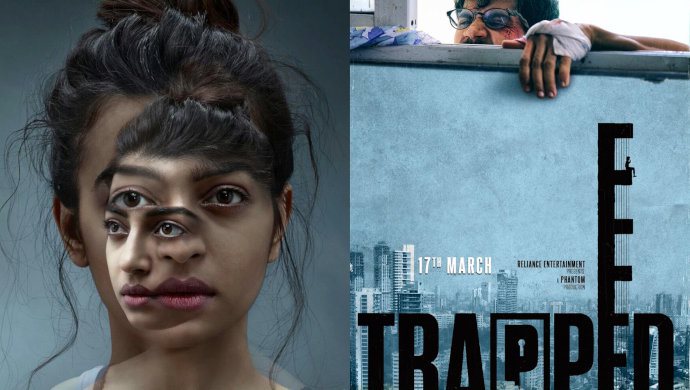 Usually, films are shot in an array of locations. Some are restricted to showing areas within a city while others provide us a sneak peek into the stunning locations oversees. Karan Johar’s glamorous films such as Ae Dil Hai Mushkil, Kabhi Khushi Kabhie Gham are clear examples.

Watch Radhika’s stellar performance in the film. Our favourite is the climax!

However, there are certain ventures that have been shot in one location and have proven to be as engaging as those shot in multiple places.

Pawan Kripalani’s psychological thriller Phobia was primarily shot in an apartment. Starring Radhika Apte as the main lead, this film managed to be every bit gripping and thrilling as it promised to be, from its trailer. In the making clips of the film, Pawan reveals that it took the team a long time to narrow down a house to shoot.

They were specifically looking for an apartment with darker shade of walls and dim lighting, that could add to the effect of the film.

Shot in a bungalow, Kaun proved that a film doesn’t require fancy locations to make audiences flock to theatres. Urmila Matondkar does justice to her twisted character in the film, followed by Manoj Bajpayee, who complements her with his splendid act. All the scenes between the two are shot at the house.

Where we saw how James Franco’s character struggles to survive when stuck in Blue John Canyon, Rajkummar Rao in Trapped reminded us that people living in metros too can face a similar situation.

The film tells a story of a man’s fight to live, when he gets trapped in his own apartment without a phone, food, or running water. Trapped as suggested by its title, is shot in an apartment in a high- rise building.

One rainy evening, a man seeks shelter in an old lover’s house and the two end up reminiscing, while it pours outside. Ajay Devgn and Aishwarya Rai Bachchan make Raincoat worthwhile with their performances.

Though the film keeps showing their past that’s set in a different location, the film is primarily shot in a small house in which the characters are seen sitting and chatting.

Can you think of more films that were shot in a single location? Do let us know about them in the comments below!

In the meantime, watch Akshay Kumar’s 2016 film Rustom on ZEE5, based on the Nanavati scandal.

This Heartwarming Song From Bombairiya Starring Radhika Apte Will Make Your Day!

Hum Tum And Them Trailer: Shweta Tiwari, Akshay Oberoi's Series Is Everything But Usual

Karan Suchak's Dream Role Has A Connection With Shah Rukh Khan, Find Out What!