Ramyana For Kids: 7 Lesser-Known Details About Ramayana Your Children Should Know About

Streaming on ZEE5 for free, these facts will make you want to revisit the mythological epic with your children for some #NonStopBachFUN. 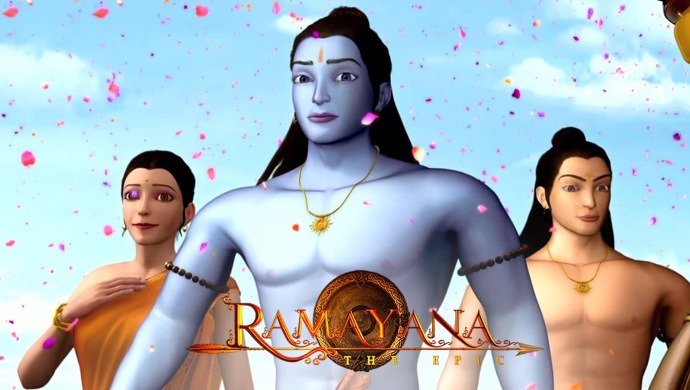 The Ramayana is Ram and Sita’s story where he saves her from the clutches of the evil king Raavan. These days people are returning to stories of gods defeating demons, of good winning over evil, to feel hopeful. The classic story of the Ramayana is available as an animated film on ZEE5 and is perfect for children. It will teach them the right lessons and hold their attention during the #Lockdown. Here’s some details of the Ramayana that will make you want to revisit the epic story as well.

Here are some lesser-known facts about the epic:

1. There are many different versions of the Ramayana but the most famous one is the one written by Valmiki.

2. Tulsidas also wrote his version, calling it the Ramcharitramanas. A derived version of his text named Ramkien is popular in Thailand.

3. The popular Lakshman Rekha is not a part of Valmiki’s Ramayana. In Valmiki’s story, Lakshman prays to the forest gods to protect Sita. The concept of the Lakshman Rekha was in the Ramcharitramanas and then adapted by other poets and writers.

4. Lakshman is said to have defeated the need for sleep because according to the Ramayana, Lakshman stayed awake all the time during Ram’s 14-year exile. Laxman’s wife Urmila is said to have slept for 14 years and only woke up once Lakshman returned to Ayodhya.

5. Speaking of sleep, Kumbhakaran didn’t want to sleep for so long. Kumbhakaran was wise, noble, and pious to an extent that made Indra jealous. Kumbhakaran was granted a boon by Lord Brahma and he wanted to ask for Indra’s throne (Indraasana). However, Indra tied Kumbhkaran’s tongue and he ended up asking for a bed (Nidraasana).

6. Hanuman is said to be an avatar of Lord Shiva himself. He was born to the King of Vanaras Kesari and Anjani. You can learn more about the birth and childhood of Hanuman in Kahat Hanuman Jai Shri Ram.

7. Everyone knows how Ram picked up and broke the Shiva Dhanush, which was impossible even to lift during Sita’s Swayamvar. But Sita had herself moved the Dhanush when she was only a child!

Can you think of other lesser known facts about the Ramayana? Let us know in the comments below. Apart from the animated film you can also watch the 1963 movie Sampoorna Ramayana and the popular TV show Ramayana: Jeevan Ka Aadhar also streaming on ZEE5.

It Happened In Calcutta Music Review: Songs For All The Lovers Who Broke Up But Came Back

10 Short Films Like Toothbrush, D.A.T.E, Fatafat That Are Perfect To Watch Before Bed