Rangbaaz: 5 Reasons To Binge-Watch The Story Of India’s Most Wanted Criminal

Inspired by true story, ZEE5 Original Rangbaaz is a hard-hitting tale about a man who's ambition was to "become India's Dawood Ibrahim". 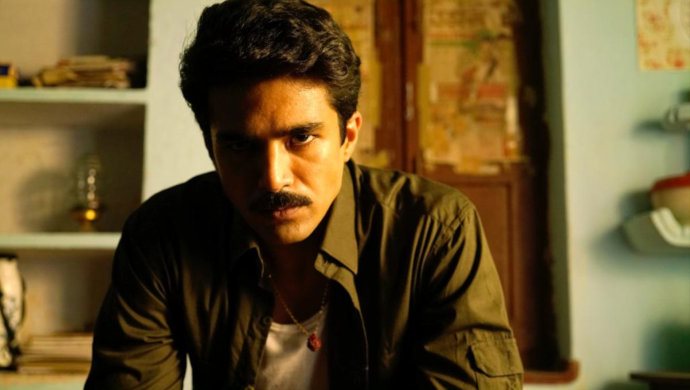 Very rarely do we come across content that we can call a ‘must watch.’ ZEE5’s original series Rangbaaz has successfully made the cut, thanks to its gripping storyline and memorable performances. The show tells the story of Shiv Prakash Shukla, a gangster from Uttar Pradesh who became a nation-wide terror overnight.

The series makes for a perfect binge watch during this Coronavirus lockdown and will keep you on the edge of your seats. Though there are countless reasons why you should watch Rangbaaz, here are five main ones.

Start this thrilling series with the first episode here!

Saqib reminded the world what he’s capable with his perfect portrayal of the protagonist Shiv Prakash Shukla. The actor proves that one doesn’t require devilish looks and a rugged form to be menacing.  Saqib is as fierce as you can find them.

The actor owns his character as Shiv and pulls it off with ease. The actor’s brilliant performance is reason alone for you to start watching Rangbaaz right away.

2. Jack of all trades

Is there anything that Tigmanshu Dhulia can’t do? Aside from being a critically acclaimed writer, director, Tigmanshu proves that he’s hard to beat when it comes to acting too.  The actor plays politician Ram Shankar Tiwari in the series and is convincing to the point where you believe it all must be real. With his stellar act, Tigmanshu becomes another reason why you should watch this Zee5 original.

The appealing cinematography of Rangbaaz is hard to miss. From the camera work, to action scenes to the flow of scenes, the series has been shot beautifully. Another plus point is that the era of 90s has been captured perfectly, including the sets, the costume and makeup etc.

The supporting cast starring Ravi Kishan (Chandrabhan Singh), Aahana Kumra (Babita Sharma) and Ranvir Shorey (Siddharth Pandey) makes Rangbaaz worth each minute of your time. Their power-packed performances do justice to the gripping storyline and you would be missing out on some very good acting if you pass on this series!

It’s a skill to leave audiences wanting for more. Each episode of Rangbaaz ends with cliffhanger that you can’t ignore. The mystery behind Shiv’s life-story unfolds in manner that will keep you hooked. The mysterious element to the show is kept alive throughout, making it one of the most engaging tales in recent times.

So, are you all set to watch Rangbaaz? Which of these points above are you looking forward to the most? Post your thoughts in the comments section below!

Feeling Patriotic? John Abraham And Diana Penty's Parmanu Should Be Your Next Watch!

Find The Best Of Live Music, Food, And Fitness With 'Live To Home' Streaming Only On ZEE5

Bamfaad: Here's What You Need To Know About The Upcoming ZEE5 Original Film