Rangbaaz To Kaafir: Bollywood Stars Pick Their Favourite ZEE5 Original; Which Is Yours?

"I enjoyed Rangbaaz a lot and next I am planning to watch Kaafir," revealed Goldie Behl who helmed a ZEE5 Original musical mystery thriller REJCTX. 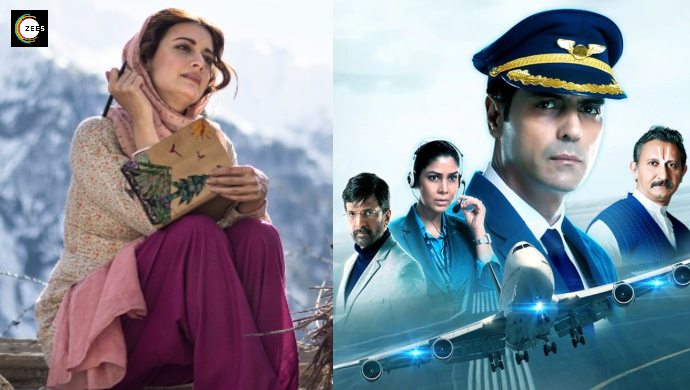 ZEE5 offers a variety bag of content you can probably never exhaust. With two original content projects (films and/or web series) in Hindi releasing every month with one each in other regional languages, the OTT platform is India’s fastest growing video streaming service. If Saqib Saleem impressed you in the crime thriller drama Rangbaaz, Dia Mirza’s performance in Kaafir is simply stunning. The platform recently premiered one-of-its-kind web series Ishq Aaj Kal, a spin-off of a television show Ishq Subhan Allah which airs on Zee TV. In case you have been looking for options or recommendations, let Bollywood stars help you out. We asked a few actors what they have been watching currently or loved on ZEE5 and here are what they responded.

“I loved Manmaziyaan. I hadn’t watched it, so I caught it on ZEE5,” revealed actress Manjari Fadnnis. Manjari was recently seen in ZEE5 Original thriller film Barot House, opposite Amit Sadh. The movie received rave reviews and was hailed by industry bigwigs and critics alike. Dia, on the other hand, is looking forward to catching The Final Call on ZEE5. Notably, the digital drama marked the web debut of her good friend Arjun Rampal and stars him in the lead role of a pilot on a suicide mission mid-air. Watch the trailer of The Final Call to know more about the series:

“I enjoyed Rangbaaz a lot and next I am planning to watch Kaafir (read our review here),” said Goldie Behl who helmed a ZEE5 Original musical mystery thriller REJCTX. It is mention-worthy that a sequel to Rangbaaz is in works. Jimmy Sheirgill shall be seen in Rangbaaz 2 while Sharad Kelkar is also expected to join the Tanu Weds Manu Returns star. Ahmed Masi Wali, who essays Aarav Sharma on REJCTX, loved Abhay. “Kunal Kemmu Sir was really good and I look up to his work,” said Ahmed. Abhay will soon get a sequel, however, more details about the cast and story are awaited.

Siddharth P Malhotra, who produced the widely successful ZEE5 Original Kaafir, too liked The Final Call and Rangbaaz. However, he added that he hasn’t watched the finale of the former, the Sakshi Tanwar-starrer series.

In the coming days, ZEE5 has a power pack ready for their audience. Posham Pa is an upcoming ZEE5 Original starring Mahie Gill, Ragini Khanna and Sayani Gupta, based on India’s first female death row inmates. Speaking to Ragini, she said, “She loved how well Barot House was made”, and clearly that was her favourite. Mahie Gill too has Amit Sadh’s Barot House on her watch-list along with Kaafir.

Kalki Koechlin is set to turn a novelist suffering from PTSD for Bhram, a psychological thriller series. Jamai Raja pair Ravi Dubey and Nia Sharma return to the franchise on 10 September 2019, in an all-new avatar in web series Jamai 2.0. Seen the trailer yet?

Which is your favourite series on ZEE5? Let us know in the comments box below.