After the huge success of the Jai Santoshi Maa and Paramavatar Shri Krishna, And TV is all set to present the epic tale of Hanuman. 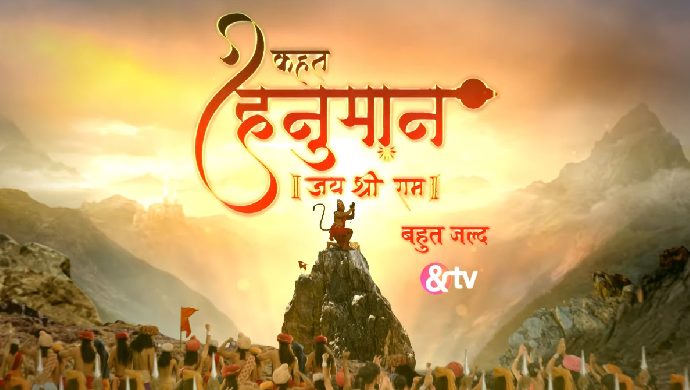 Mythological shows are never out of trend especially in a country like India which is popular for its rich culture. The audience prefers watching these shows over any other fictional drama. Despite having re-told many times, these epic tales teach us important lessons about life. After the huge success of the mythological shows like Jai Santoshi Ma, Vikram Betaal and Paramavatar Shri Krishna, And TV is all set to present its new show Kahat Hanuman Jai Shri Ram.

The incarnation of Lord Shiva was known to be the most powerful, brave and strongest being on earth. Just like our little Kanha, Hanuman’s childhood was adventurous and his birth story too was interesting. He was a great devotee of Ram and also helped him to get his beloved wife Sita back from the evil Ravana.

In the promo of the show, we see Hanuman opening his chest and showing the picture of Ram and Sita. As per the title we might be seeing Hanuman himself telling his childhood adventures and how he fought evils at a young age. What interests us is the fresh visualization that And TV has introduced in all its mythological shows. For example, the bald avatar of Kans was totally new for the audience and it was like a new approach towards the epic tale without hurting anyone’s sentiments.

Also, the tale of Santoshi Maa was presented in a way that helped the audience to relate with it better. And the same was seen with Vikram Betaal. While talking to a leading new website about the show, Vishnu Shankar, Business Head, And TV, said, “Mythology as a genre is deeply rooted in our rich culture and traditions. Despite the evolution of several genres, these age-old stories entrenched in Indian culture, have always managed to attract mass appeal. And TV’s new show, ‘Kahat Hanuman…Jai Shri Ram’ represents the story of spiritual devotion of Hanuman – his faith and devotion to Lord Shri Ram. Hanuman is the epitome of Bhakti and serves as an inspiration for all of us.”

Are you excited about this upcoming show? Let us know in the comments with the hashtag #KahatHanumanJaiShriRam.

Till then, watch The Sholay Girl a ZEE5 Original Film based on the life of Reshma Pathan.