Helmed by Goldie Behl, in the second season Esha Gupta makes a sizzling entry promising to expose the hidden secrets of the REJCTX. Watch teaser. 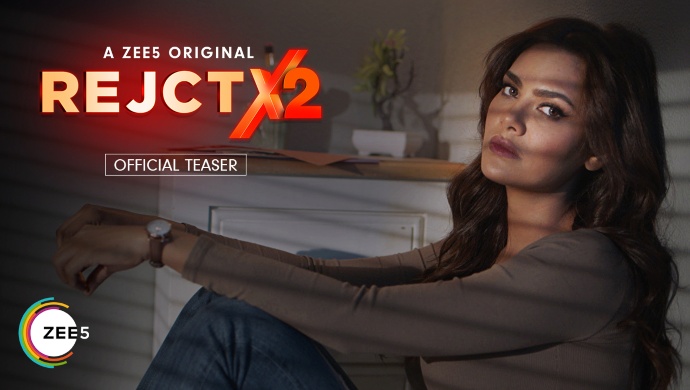 If you loved season one of REJCTX, this teaser will get you all hyped up. The first season ended on a cliffhanger where Aarav tries to shoot his father for killing his mother. However, we don’t see if he hits his aim or not. REJCTX is a coming-of-age thriller where a group of teenagers try to navigate their teenage years, by starting a hip-hop group. However, their problems in life keep getting in the way of their music. Sumeet Vyas and Anisha Victor starred in the first season while Esha Gupta joins the cast for the second season.

Watch the teaser for the second season here.

The first season of REJCTX tackled a lot of sensitive subjects including bullying, body image issues and gender identity. However, one thing that wasn’t addressed was the privileged life of the kids in Jefferson High. Esha Gupta enters the show and addresses exactly that topic in REJCTX 2. She plays the role of Officer, Rene who is investigating all of the Rejctx and she is convinced that the kids are privileged kids who are doing whatever they want to get ahead in life.

Officer Rene is standing in front of a huge board connecting the dots between all the students which indicates that some grave crime has occurred. We see all the kids going on with their life in high school but all the frames are painted red. Another indication of a bloody crime. However, we don’t catch a glimpse of Aarav’s father or Anushka Rao (Kubbra Sait) in the trailer who were both at gunpoint in the final scene of season 1. Officer Rene promises to uncover every secret of the REJCTX.

While the teaser doesn’t reveal too many secrets, it does promise a lot more stories of love, lust and lies. Watch this space for more updates on the second season of REJCTX and other ZEE5 Originals.

Watch 'Mentalhood' starring Karisma Kapoor as a modern mother in her digital debut, streaming on ZEE5