RejctX 2: Watch The Rise Of These Web Stars And The Hottest New Sex Symbols

REJCTX 2 is bolder and darker, and the students of Jefferson World School pull it off with complete ease. 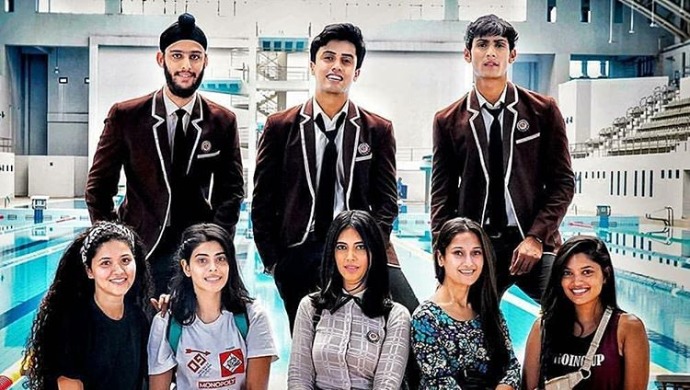 The recently released second season of REJCTX promised to be bolder, edgier and darker and delivered on that promise. Sumeet Vyas playing the vice-principal, Farhan, revealed a dark side of his past and has a drug addiction problem. Esha Gupta plays the tough cop, Rene, who will do anything to prove her worth to her colleagues who underestimate her. Her character also suffers from a progressive blindness, and this might be her last case. However, the ones who really stood up and delivered a deliciously dark and bold story were the students in REJCTX.

The series has a lot of hot couples with Masi Wali and Anisha Victor as Aarav and Kiara. Maddy (Ayush Khurana) has also been with some of the sexiest women on the show, including Misha (Pooja Shetty), Sehmat Ali (Saadhika Syal) and in the latest season Yesha (Tanvi Shinde). But the boldest and hottest couple would have to be Pooja and Sehmat one of the few same sex couples, seen in Indian series.

This series is a thriller, and it only works if the actors put it off. The fear of being blackmailed, the terror of having to kill one of their best friends all look believable, because the students of Jefferson World School pull it off with complete ease.

With limited time to practice and backed up by amazing music by Ankur Tewari and Ashutosh Phatak, the dance performances in this series are full of energy and will get your foot tapping too.

Watch out for these new kids on the block and the trailer for the REJCTX 2 song, Ranjhana here.

Which of the songs from REJCTX 2 were your favourite? Let us know in the comments below.

Exclusive Interview! Ekagrah Dwivedi Shares The Joy Of Celebrating His Birthday On Set!

Top 5 Hyper-Casual Games To PLAY On ZEE5 For Free