Reality Is Stranger Than Fiction:7 School Scandals Like ‘Bois Locker Room’ That Shocked Us

These true stories, scandals, and news from Indian schools, show the kind of dangers and troubles today's children grow up with. 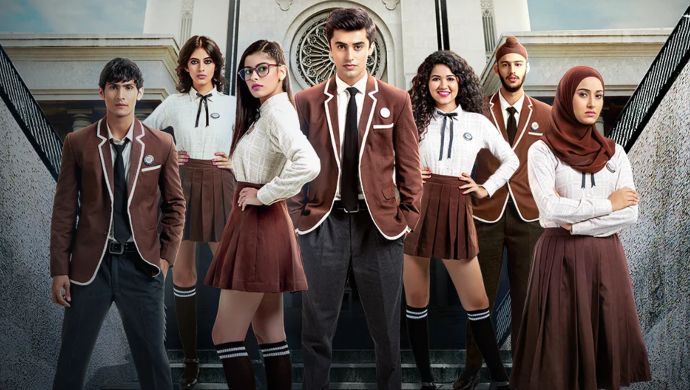 Schools are supposed to be safe spaces for children to learn and grow. It is the place that grooms them to become the future of the country,in both good and bad ways.  Like the more recent example “Bois Locker Room” revealed a chat room on social media with school kids who circulated nude pictures of women and underage girls while openly talking about raping women. The following instances a proof that most of the things wrong with us as adult start when we are in school itself.

The ZEE5 Original series REJCTX shows the life of a group of kids in school who are treated as losers by the others, until they decide to fight for themselves. The series also shows the kind of dangers kids come across, from bullying, to MMS scandals, and even murder!

Here’s a teaser for the second season of REJCTX.

One of the most shocking cases of violence in schools that entered pop culture is the DPS MMS scandal. In 2004, an underage student from DPS recorded a video of himself with a girl and shared it online. The video was put for auction on an adult website. This incident became a landmark case where the IT Cell was given more support, while mobile phones were banned in colleges and schools for a while.

In another shocking incident of violence in 2018, a 12th standard student in Yamunanagar, Haryana, shot his (female) principal dead. She was shot at thrice at her chest, stomach and shoulder from a close range with a .32 bore gun. The student was upset  at being rusticated a few days earlier for lack of discipline and poor attendance. He used the licensed weapon owned by his father to commit the crime.

Caste discrimination is still prevalent in India in school as well as this incident proves. In Tamil Nadu, two school kids got into a fight after one kid hid the other child’s bag for fun. The boy who pulled this prank was of a lower caste, and was beaten up, while the other students yelled casteist slurs at him. He was slashed on his back by a blade, and bled profusely before reaching the hospital. The incident happened in October 2019.

The first school shooting in India happened in Delhi 2009. Two kids smuggled a small pistol and hid it in the toilet. When the school day was over they took the gun and took turns to fire it at another student. This incident saw a lot more schools taking security measures like CCTV cameras, and metal detectors more seriously.

Ragging and bullying was accepted as a part of education until very recently there has been a heavy crackdown on such incidents. Most victims of ragging end up becoming suicidal and depressed or inflicting similar pain on their juniors. In some shocking instances some of the victims of bullying also end up losing their lives. A student in Bangalore died after his bullies set him on fire. Another student was hospitalised after being hit by metal rods and hockey sticks.

In 2019, boys at a top IB school in Mumbai were caught for talking about raping some of their female classmates. They were only caught after the mothers of the girls who the boys spoke about, found transcripts of the conversation. The chats also had the boys making fun of the girls’ sexuality, and calling them all sorts of obscenities. Some of the girls mentioned in the chat had previously been scared or hesitant to go to school too.

These instances show that from the biggest schools in urban cities, to the lower level schools in smaller towns, the problems children face are universal and it is time someone shed light of their problems too.

Watch the first season of the high school drama REJCTX on ZEE5 which tackles these subjects sensitively. You can also watch the problems of modern day children and parents in Mentalhood, also streaming on ZEE5.