Revisit The Life Of Razia Sultan, The Only Female Ruler Of Delhi, Streaming FREE on ZEE5!

&TV's former historical drama series is about the first and only female monarch of Delhi Sultanate. Read and revisit the life of Razia Sultan on ZEE5! 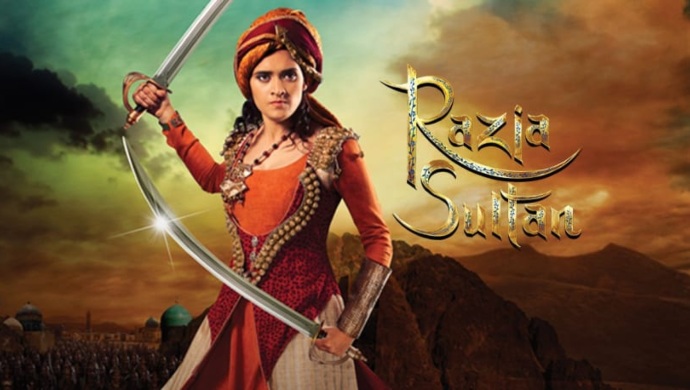 In and as Razia Sultan, television and now film actress Pankhuri Awasthy essayed the lead character in the popular historical and biographical drama serial on &TV. Razia was the daughter of Mamluk Sultan Shams-ud-din Illtutmish, played by Sooraj Thapar and Qutub Begum, portrayed by Khalida Turi. The star cast also included Rohit Purohit, Saurabh Pandey, Mohit Abrol, Dalip Tahil, Sambhavna Seth, and others.  In this day and age of gender equality and women empowerment, let us revisit the life and times of Razia Sultan who became the first and only female monarch ruler of the Delhi Sultanate in 1236!

Popularly known as Razia Sultana, Raziya al-Din was not only the only female monarch of the Delhi Sultanate in the northern part of the then Indian subcontinent but she was also the first female Muslim ruler of the whole of South Asia! Set in the 13th-century India, the series focuses on Razia’s struggles and dilemmas as a Sultan, and a woman in day-to-day life. It was introduced and narrated by the Badshah of Bollywood, Shah Rukh Khan as the sutradhar (compere). The title track of the serial ‘Mere Maula‘ was sung by Supriya Joshi.

Sultan Illtutmish had groomed his eldest son Nasiruddin Mahmud to be his successor who died unexpectedly in 1229. In spite of having many surviving sons, Sultan Illtutmish felt that Razia would make a more capable ruler. When leaving for his Gwalior campaign in 1231, Illtutmish left his daughter in charge of Delhi’s administration. After his return, he decided to make Razia his successor and commanded a decree naming her as the heir apparent. But Illtutmish’s nobles weren’t supportive of the same and conspired against Razia!

Look back in anger ! The opposite of love is individuality.

After Illtutmish’s death, the nobles unanimously appointed Razia’s half-brother Ruknuddin Firuz as the new Sultan. He wasn’t an able ruler and left the control of the kingdom to his mother Shah Turkan, who planned to kill Razia Sultan. The nobles and army pledged alliance to Razia and she was placed on the throne in 1236. In Delhi, Razia sent an army to arrest Ruknuddin and his mother. The former was imprisoned and probably executed, having ruled for less than 7 months. In Razia’s reign, she trained her own army and formed alliances.

Razia’s ascension to the throne was unique not only because she was a woman, but also because the support from her subjects was the driving force behind her appointment. According to the 14th-century text scroll, she asked the people to depose her if she failed to meet their expectations. To introduce equality and justice, Razia attempted to offset the power of the Turkic nobility by creating a class of non-Turkic nobles as well. Razia then led an army out of the fortified city of Delhi to fight the rebels and set up a camp on the banks of the Yamuna.

At Tabarhinda, the rebels imprisoned Razia. On 20 April 1240, the nobles appointed her another one of her half-brothers, Muizuddin Bahram, on the throne. As an opportunity to regain the throne, Razia married conspirator-turned-ally Malik Altunia. Sultan Muizuddin waged a war against Razia and defeated her on 14 October 1240. She was then deserted by the soldiers and killed by the Hindus a day later, on 15 October 1240. The grave of Razia Sultan is located near Turkman Gate in Old Delhi. Her tomb had become a pilgrimage centre which people can visit to seek blessings.

To revisit the bravery and will power of the historical lioness, watch all the episodes of the &TV show Razia Sultan, streaming only on ZEE5!

EXLCUSIVE! Sneha Wagh And Jiten Lalwani Get Candid On Ekagrah’s…

Ravi Singhal On Composing #SahasKiVijay Anthem: More Than A Melody, It Had To Be…

You can also get Coronavirus Pandemic LIVE Updates on ZEE5 News, streaming now!

April Fool's Day: The Best Pranks From Actors Like Dheeraj Dhoopar To Cheer You Up At Home