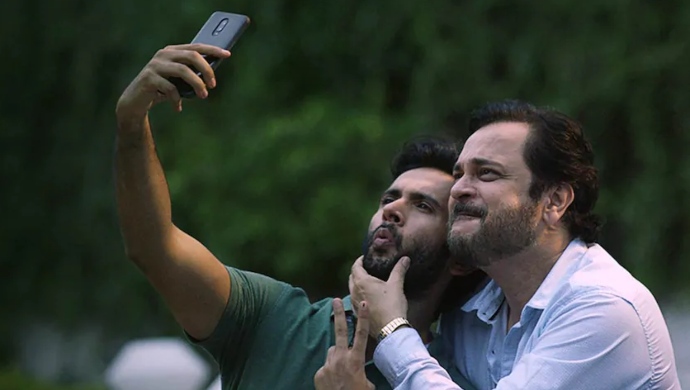 Happy Father’s Day to all the wonderful daddies out there! On this special occasion, ZEE5 presents a heart-warming take on a father-son relationship. Starring Mahesh Thakur and Mishkat Varma of Shaadi Ke Siyape, Rishtey Mein Toh Hum Tumhare is a ZEE5 Original short film. The teaser of the movie was released on the OTT platform and going by the 39-second-long clip, we can assure the film would be an endearing watch.

The teaser opens with a shot of Mahesh as the father who is pestering his son (Mishkat) about their car. He is constantly questioning his son about every minute detail from the engine’s oil to all the necessary documents of the vehicle. The son gets irritated but doesn’t say anything. He only asks his dad to sleep peacefully who cannot help but wonder what would happen ‘the next day.’

Next, we see the father and son enjoying a drive together. Both of them seem extremely happy when the son tries to caution his father to not speed up. He is seen asking his dad to stop the car and the clip ends on a cliffhanger.

Catch Rishtey Mein Toh Hum Tumhare on ZEE5 with your daddy to know what happens next!

This Father’s Day, check out the coolest dads of Bollywood and tune in to great music on ZEE5!

Happy Father's Day: 10 Times Bollywood Proved Your Dad Will Always Be Cooler Than You