Dubai-born Rysa Saujani plays the young Sunny Leone in the ZEE5 Original series Karenjit Kaur: The Untold Story. Here's how she prepped for her role. 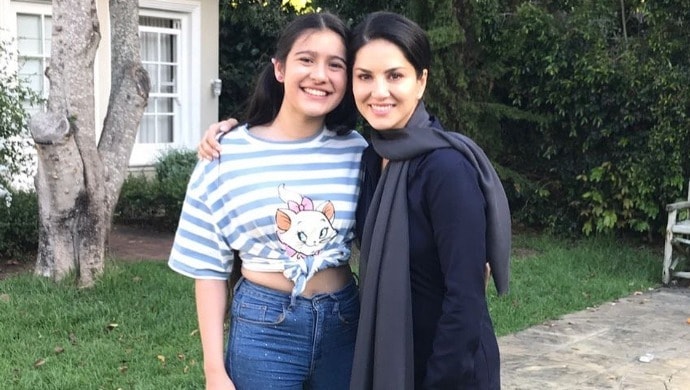 For someone who has been receiving emails, messages, and letters of hatred since the age of 21, it wouldn’t be difficult to assume that life hasn’t exactly been a bed of roses. A young Punjabi Sikh girl from Ontario, Canada never dreamt of becoming what she did later in her journey. But her ability to embrace decisions with due pride and courage is something that commands our respect. Yes, Sunny Leone’s struggle to stardom deserves our respect and our undivided attention. Her dreams didn’t just cost her but also her family members who were as it is grappling with enough issues. Sunny, never for once, was bogged down by the weight of them all but put a good fight in the face of it all.

But those X, Y and/or Z sites that only talk about her stint in pornography can never do enough justice to the bold diva she has always been! Karenjit Kaur: The Untold Story is an attempt, thus. To tip our hat to the one person who every woman in India, in fact, aspire to be – an epitome of empowerment and living life on her own terms aka Sunny Leone. The unheard, the unread and the unknown facets of Leone’s life are very researched upon and documented in a series of events in this two-part biopic.

So, it is only natural that playing such a controversial star wouldn’t be a walk in the park. The reason why perhaps nobody but Karen herself could have played the titular role. But for the teenager that Sunny was, has been portrayed by Dubai-born Rysa Saujani. All of 14, this is Rysa’s second project after she played the young Huma Qureshi in Dobaara: See Your Evil. Talking about her preparation to play the mini Sunny Leone, the most Googled person, she told a leading news agency: “Before arriving on the set, I did regular Skype calls, and felt like that helped me to understand young Sunny’s journey a lot more. I was able to have my questions cleared which allowed me to act in my best ability.”

Describing the Indo-Canadian beauty as gracious and someone who only made her comfortable, Rysa further said that she immense respect for Leone. Moreover, the girl’s family had absolutely no issues with her playing the younger version of Sunny. “Within my family, especially, we don’t have the right to make any judgements about someone. This (the show) reemphasized the belief that I had. She is one of the most genuine people I have ever met,” she stated.

Rysa is currently completing her education in London, England. The budding actor wishes to continue in Bollywood and try her luck in the West, too.

As for Karenjit Kaur: The Untold Story, it is now streaming on Zee5 platform. Have you watched it yet?

Pyaar Or Fyaar - What Will You Choose? Watch Manmarziyaan To Get A Glimpse Of What Modern Day Romance Looks Like

Varun Dhawan On Being Linked To Alia Bhatt: Logon (People) Ko Lagna Chahiye We Are In Love