Saanand Verma Aka Saxena Ji’s Dream Role Will Surprise You

The Anokha dream role of Anokhelal Saxena of Bhabi Ji Ghar Par Hain is something you never imagined him doing. 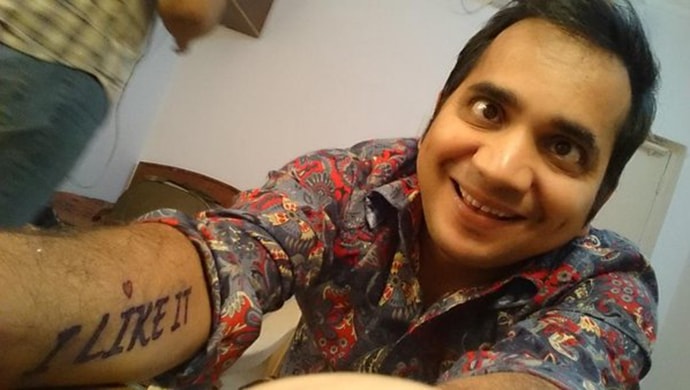 And TV’s Bhabi Ji Ghar Par Hain is one show which is liked across all age groups for its entertainment quotient. Among the popular characters on the show, Anokhelal Saxena aka Saxenaji has secured a special place in the audience’s heart over the time. While there’s no doubt that we have seen actor Saanand Verma playing this comical role flawlessly onscreen, take a look:

But recently it was one of his earlier interviews that caught our attention. In this, the actor revealed about his dream role which will leave you surprised just like us.

The actor who tickles everyone’s funny bones wishes to terrify audiences by playing a villain’s role like that of Nana Patekar and Prakash Raj have done on big screen. It was in one of his earlier interviews where he revealed about it.  He said, “I would definitely like to play a villain’s role in my life. I really like the role of Nana Patekar sahab in film Parinda. If I talk about Prakash Raj, then there are some of his roles where along with villainy, he even delivers a glimpse of comedy. A role that is of playing a devil but who also manages to make people laugh with his humour. This is my dream role.”

It would be nothing less than a surprise to see everyone’s lovable Saxenaji playing an out and out negative role on the small or big screen as well. Let us know what is your take on this in the comments section below.

In case you’ve missed watching it, catch Why Cheat India on ZEE5 now!

Watch Spyder A Movie Which Will Thrill Your Senses!