Sandhya Mridul On Her Character in #Mentalhood: Ajo Is A Perfectionist And A Supermom

"Mentalhood is a very real story and the mothers I see in this show its the mothers that I have met," says Sandhya who plays a hyper-critical mom. 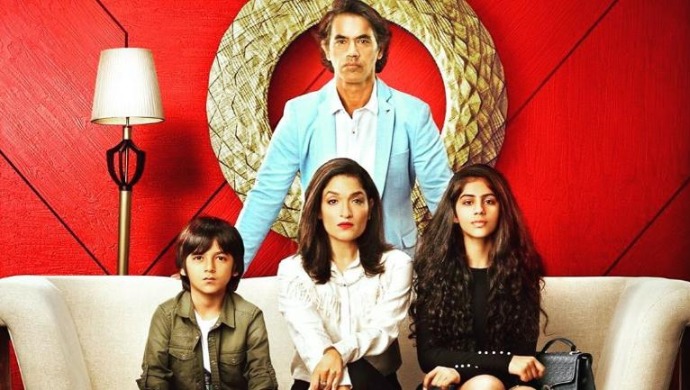 Bollywood popular actress Sandhya Mridul will soon be seen playing the character of Anuja Joshi (Ajo) a momzilla in the Original ZEE5 web show Mentalhood . The actress is playing a powerful and intimidating character who is shown as a strong mother in the show. The B-town diva Sandhya talks what Mentalhood means to her and says that “Mentalhood to me is all my friends’ life put together and it is also a better understanding of my mother and what she might have gone through. Its a very real story and the mothers I see in this show its the mothers that I have met. So it is a very relatable show to me and it is my friends’ life.”

Sandhya will essay the character of a strict mother Ajo who is a perfectionist and a supermom. She wants her kids to be as perfect as her and can go to any length to achieve that perfection. “Ajo is the perfect mother and is quite strict with her children. She believes in a disciplined lifestyle and always being number one. She wants her kids to be perfect and does not like weakness. She takes it to the point to be neurotic and she is a volatile character. Ajo can be your best friend and at the same time, your worst enemy depends on how is she feeling about you on that given day. She is fiercely protective of her children. She can be a bully and a very tough facade. Ajo is a powerful character and other moms are extremely scared of her.”

Sandhya talks about her experience in working with the cast of Mentalhood. She said, “It was fun as I always wanted to work with Shilpa Shukla. I have always been very fond of her and we had met many years ago and I had told her we will work together someday. It was nice working with Tillotama Shome and Shruti Seth as have never worked with them. It was fun to get to know Lolo and initially, we were trying to be comfortable around her but things fell in place as we got into the character.” Sandhya further adds saying, “Audiences will witness a huge twist in Ajo’s life and season 1 will end with a massive twist. Mentalhood is all about fun, its a slice of life and there are great performers.” Sandhya relates to actress Shilpa Shukla’s character Namrata in Mentalhood. She says, “the mother that Shilpa is playing in Mentalhood, I played that in Angry Indian Goddesses. So for me, even her character is extremely relatable as I have played that part and how it felt to play that part. Now Namrata is my rival in the show because we are completely opposites. As she is a working mother and does not have time for her kids and I have only time for my kids and no career.”

The ZEE5 Original web series is directed by Karishma Kohli and created by Ekta Kapoor. The emotional series is produced by Rupali Guha under FilmFarm India banner. The story of the web show revolves around the journey of crazy moms of motherhood. Mentalhood will feature Karisma Kapoor, Shruti Seth, Tillotama Shome and Dino Morea in pivotal roles.