"This gangster (Uday Pratap Singh) is an educated person who lives far away from his family and wants love in his life," revealed Sanjay Dutt. 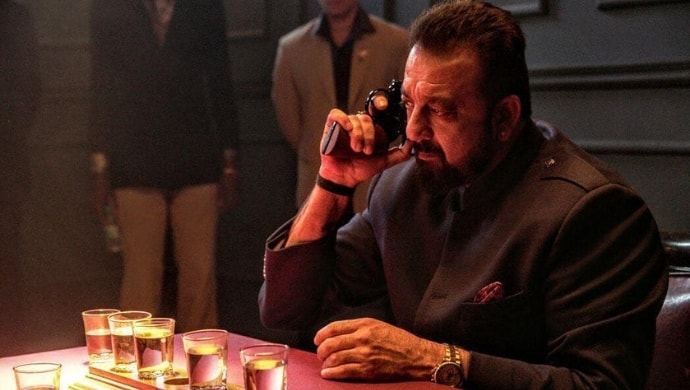 Sanjay Dutt aka Sanju Baba equally enjoys a reputation for being Bollywood’s bad boy, as much as his BFF Salman Khan does. Could that be somewhat credited to the roles he has played on the silver screen? Maybe. But if you ask the Khalnayak star himself, he says he is different from his onscreen image. “I am a different person,” a leading news agency quoted the Saheb Biwi Aur Gangster 3 actor as saying.

In the past, during the promotions of Saheb Biwi Aur Gangster 3, Sanjay was asked if his ‘goon rowdy’ image earned him a free-hand from director Tigmanshu Dhulia. Brushing aside the same, he had answered, “No, whatever Tigmanshu used to tell, I had to follow it. And talking about my image, I am not like that in real life, I am a different person,” Sanjay was quoted by the agency as saying.

Sanjay, who started his career with Rocky, feels his character in Saheb Biwi Aur Gangster 3 is unlike what he has played before. “I have never played such a character. This is different from ‘Vaastav’ or ‘Kaante’. This gangster is an educated person who lives far away from his family and wants love in his life,” Dutt was quoted by the agency.

As for Dutt, the actor is gearing up for his next release, a period drama by Karan Johar, Kalank. The multi-starrer features him alongside Madhuri Dixit Nene, Varun Dhawan, Alia Bhatt, Aditya Roy Kapur, and Sonakshi Sinha. The movie has been directed by Abhishek Varman, who claimed fame for helming 2 States.

What is your view about Sanjay Dutt’s performance in Saheb Biwi Aur Gangster 3? Tell us in the comments box below.

In the meantime, catch your favourite Bollywood actors make candid revelations on Pinch, streaming on ZEE5.

Wake Up And Smell The Coffee With The Story Of 5 Retired Friends In Me Shivaji Park, Now Streaming On ZEE5