In tonight's episode of Santoshi Maa Sunayein Vrat Kathayein, we see Indresh's father registering an FIR against Swati. Find out the details inside. 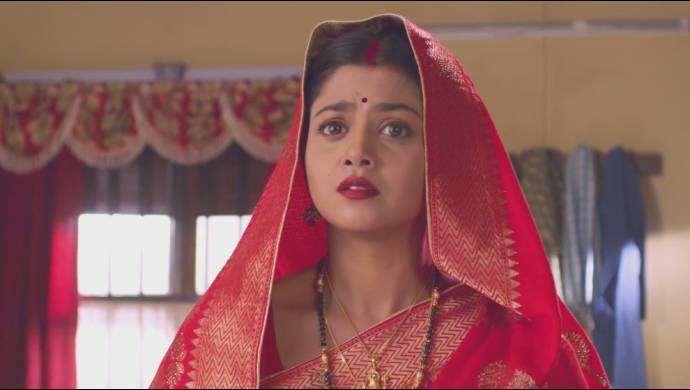 In tonight’s episode of Santoshi Maa Sunayein Vrat Kathayein, we see Polomi Devi’s followers humiliating Indresh’s family in the presence of a number of people. Indresh’s father cannot take it anymore and asks them to be quiet. Indresh steps in and adds fuel to the fire. His brother tries to stops the commotion by using force. The followers do not stop humiliating Indresh’s father. Meanwhile, Swati wants to make tea for the family but is asked by her sister-in-law to step away from the kitchen. Later, Indresh’s family is unhappy with Swati and asks her to behave. Indresh drags Swati away from the ongoing conversation. Later, the two are having a conversation in their bedroom. Indresh asks her to not hide anything from him. Swati reveals that there are certain things that are troubling her.

Later, Indresh’s grandmother tells Indresh’s father that she thinks Swati must have tricked Indresh into marrying her. After a while, Indresh serves tea to his father. The latter refuses to drink tea made by Swati and throws the cup away angrily. Following suit, other family members throw away their cups too, much to Swati’s horror. On the other hand, Indresh takes it positively and announces that henceforth, Swati won’t be making any tea for them. Indresh’s father cannot bear this and gets up to call the police. He lodges an FIR against Swati.

In the upcoming episode, we see Indresh’s sister telling everyone that Swati has placed the idol of Santoshi Maa in the house. His sister-in-law announces that they should throw the idol away. Swati tries to stop them. Indresh’s sister-in-law places the idol in their courtyard. Later, Indresh’s father announces that he will not let both the idol and Swati step back inside the house. To find out, keep watching Santoshi Maa Sunayein Vrat Kathayein exclusively on ZEE5.

High Five On ZEE5: Kaafir And Kaali Win #2XTheLove From The Audience