In tonight's episode of Santoshi Maa Sunayein Vrat Kathayein, we see Santoshi Maa saying that she would be punishing Swati. Details inside. 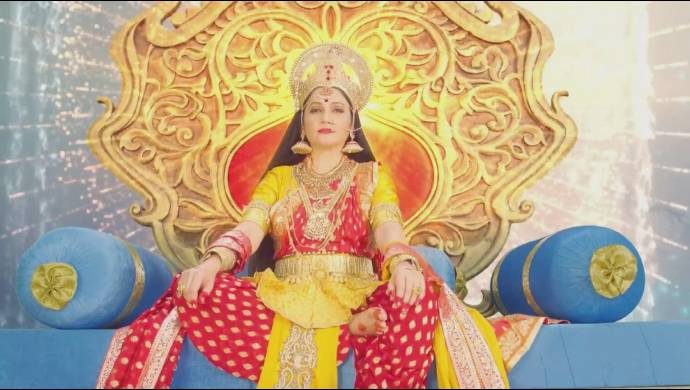 In tonight’s episode of Santoshi Maa Sunayein Vrat Kathayein, we see Singhasan Singh threatening Swati’s family. He then asks the Daroga to free them after some time, so that Swati’s family can think about their future. On the other hand, Indresh’s grandmother tells Lovely to make 3kg laddoos to please God and ask for forgiveness. Lovely reluctantly agrees to do the same. Meanwhile, Narad Muni asks Santoshi Maa if Swati would be punished for her misdeeds. He thinks that it wouldn’t be fair on Swati. After a while, Narad Muni is asked to leave Santoshi alone for a while as the Gods want to worship her. Later, Indresh gathers children from the area around his house and asks them if they want to have Santoshi Maa’s prasad. He then tells the children to follow him. Polomi Devi watches them from a distance. Meanwhile, Swati is busy worshipping Santoshi Maa and praying before her. Indresh enters and accompanies her in the puja.

In the upcoming episode, we see Swati hosting a lunch for the children, from her neighbourhood. Singhasan shouts at her for using the kitchen and feeding the children. Swati then asks the children to have the prasad while Santoshi Maa, Narad Muni, and Polomi Devi watch her. Catch all the episodes of Santoshi Maa Sunayein Vrat Kathayein, only on ZEE5.