In tonight's episode, Indresh's mother goes to his new house for the first time with some money. But due to Singhasan's bitterness, he disobeys her. 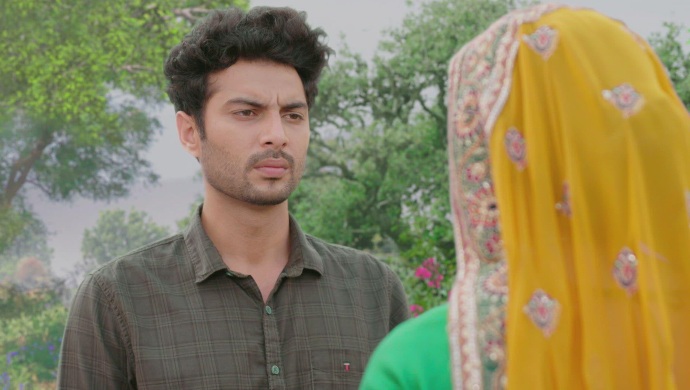 In tonight’s episode of Santoshi Maa Sunayein Vrat Kathayein, when Singhasan plans to evict Indresh from his property, Lovely adds fuel to the fire. She tells Abhay to grab the opportunity and be his only heir. But Singhasan expresses that he is upset with Indresh, and doesn’t hate him. When Lovely tries to talk to Abhay in their room, Gunti Devi enters and hears the conversation. She affirms that she will get their family back together and make everything alright. Meanwhile, Santoshi Maa, who had taken the form of a little girl, calms Parvati down and retakes her goddess form. Narad Muni also defends Mahadev by saying that he must have thought it through before blessing Polomi Devi with such a boon.

Gunti Devi goes to Indresh’s house when Swati’s parents are there. She offers him money, but he refuses it, seconding Swati’s word. Gunti cries and expresses her grief to her family at home, which infuriates Singhasan. On the side, Narad Muni asks Polomi Devi and Devraj Indra to hold a yagya in Santoshi Mata’s reverence. There’s no way Polomi will worship Santoshi, thus she transforms on of her maidservants into herself by magic and asks Indra to perform the yagya with her. For Inder’s protection, she appoints her parrots and converts them into pearls in Inder’s necklace. When Swati’s family are sharing quality time, Singhasan and Abhay barge into their door with sticks!

State Of Siege: 26/11 Trailer: Revisit The Terror Attacks And NSG’s Role To…

Mark Your Calendars As ZEE5 Drops Operation Parindey, Mentalhood And More This…

In the next episode, during the yagya for Santoshi Maa, Polomi Devi gets busted by Narad Muni. He recognises that she is a disguised maidservant and furiously scolds Devraj Indra for commuting such a grave sin. The real Polomi Devi oversees this. At Indresh’s house, Swati’s parents enter and force her to go with them. She also tells Indresh to break all ties with Swati and her family right away. Will Indresh obey her? And what will Swati choose?