In tonight's episode of Santoshi Maa Sunayein Vrat Kathayein, instead of Swati, Rinki falls into the trap that Lovely had laid. Read the episode here! 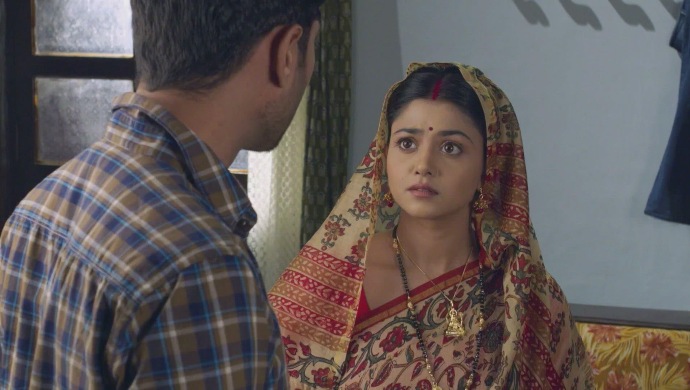 In tonight’s episode of Santoshi Maa Sunayein Vrat Kathayein, when Indresh tries to convince Swati to eat something but she says that she will break her fast only in the morning! Indresh insists on staying hungry with her till the next day. Both of them share a cute little romantic moment there! Singhasan shouts at everyone and wants Swati out of her house as soon as possible. Then, Indresh’s sister Rinki talks to him and says that he is taken his family for granted while they are paying heed to all his wishes. Overhearing this conversation, Lovely plans to harm Swati. She fills a bucket of water from the well and leaves a live wire in it, assuming that Swati lifts the bucket, she will get electrocuted.

Then what happens is, Rinki lifts the bucket of water instead of Swati. Lovely, Indresh and all the other family members are scared to see Rinki shaking due to the electric shock. Swati takes the blame on herself, saying that if she would have gone for the bucket, Rinki would not be harmed. But, Indresh understands Lovely’s plan and taunts her. Singhasan insults Indresh that he got saved from becoming a widower. Later, Indresh orders Swati to pack her bags along with him as they are leaving the house. But, Swati tries to talk him out of it. Indresh leaves it on her to decide between him and his family and tells her to ask Santoshi Maa-who comes first?

In the next episode, Indresh tells Swati that his father used to take him to the movies on his birthday every year. So, Indresh also wants to take Swati to watch a film and build their bond stronger to endure all hardships. Singhasan Singh talks to Abhay about silently planning to silence Swati forever. Abhay agrees and sends some goons on bikes, armed with knives and sickles, to chase Swati. Will Indresh save her? Find out by watching all the episodes of Santoshi Maa Sunayein Vrat Kathayein only on ZEE5!