In tonight's episode, Singhasan kidnaps Swati's brother to get Indresh back, but with Swati's help, Indresh busts his brother's plan. Read more here! 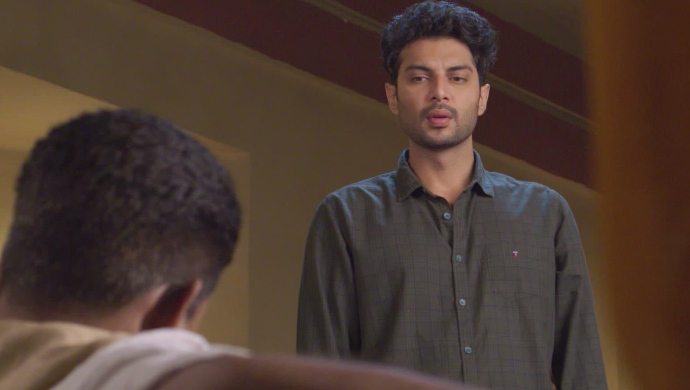 In tonight’s episode of Santoshi Maa Sunayein Vrat Kathayein, when Singhasan barges into Swati’s parents’ house, her father asks him what he wants. Singhasan replies, “Your son for my son.” Abhay holds Swati’s brother Anuj’s hands behind his back, and threatens Swati’s father that if Indresh doesn’t return to his house, Abhay will kill Anuj! Swati’s parents get extremely scared and run to Swati’s house.

At night, Indresh and Swati are cooking dinner when her mother Archana enters and grabs Swati’s arm. She demands that Swati leave Indresh’s house and go with them right away! When Indresh tries to inquire, Archana asks him to break all ties with Swati and her family. She expresses her grief at Anuj being kidnapped by Singhasan and Abhay.

When Polomi Devi is performing Santoshi Maa’s yagya with her husband, Narad Muni senses that she is disguised. When Polomi puts the yagya leaf in the fire with her right hand, Narad Muni’s doubts are confirmed that she is a fraud. To test her more in front of Parvati, Narad asks her what her great grandfather’s name is, and she stays mum.

Meanwhile, Indresh goes to his parents’ house and everyone is happy to see that Singhasan’s plan worked. But Indresh has come with an intention to right his wrongs! He calls the police to the place where Abhay has tied Anuj up. The police take Abhay and Anuj with them. Indresh phones Singhasan to say that instead of Anuj, Abhay has been kidnapped!

In the next episode, Indresh and Abhay come back to Singhasan’s house. Indresh brings Swati along and declares that he won’t leave her because he has married her out of love! When they leave, Singhasan asks everyone to sleep instead of grieving. Suddenly, Singhasan’s wife, Gunti Devi announces that she will accept Swati and welcome her into the house as their daughter-in-law. Singhasan is furious to hear this. What will his next step be? Will Gunti’s wish be granted?