In today's episode, Swati and Indresh find their way back to each other after Swati hears Mahadev and Parvati's story. 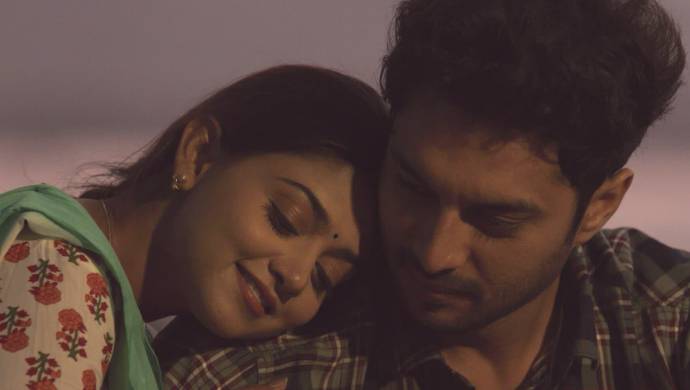 In tonight’s episode of Santoshi Maa Sunayein Vrat Kathayein, Swati and Santoshi Maa are talking about Mahadev and Parvati’s love story. Swati asks Santoshi Maa if Parvati had to meditate for an extended period of time to get Mahadev’s attention. Santoshi Maa nods her head and says that meditating and fasting go against the laws of nature hence Parvati has to focus on fulfilling her dream. Meanwhile, at Indresh’s house, he is upset with his family for not accepting Swati. He looks at his father angrily while the latter is eating his lunch. His father, after noticing his stares, invites him to eat alongside him. However, Indresh isn’t ready and asks his father the reason behind the refusal of Swati. His father confesses that Indresh is going to be wedded to their family friend’s daughter. This wedding was decided long ago and is going to happen according to the plan.

Watch an episode of Santoshi Maa Sunayein Vrat Kathayein below:

Indresh gets irritated and confesses that he loves Swati and can’t see his future with anyone else. He says he isn’t going to get married to a girl of their choice. Seeing the argument between the father and son, Indresh’s mother starts crying and supports her husband. She creates a ruckus in their neighbourhood by threatening to end her life. This attracts attention from the ladies in the area who start staring at her judgementally.

On the other hand, Santoshi Maa continues with her story about Mahadev and Parvati. She narrates how Parvati kept meditating for hours which turned into days. Parvati’s maidens, who were worried for her, tried to stop her meditation but she went on. They had to seek shelter since it started snowing. Finally, impressed by Parvati’s dedication, Mahadev came to her and complimented her. She confessed to him that she wants to become his wife. Initially, Mahadev refused her request which saddened Parvati. However, he changed his mind and decided to make Parvati his wife. In reality, hearing this story makes Swati happy knowing that true love won. As she and Santoshi are talking, Indresh returns to Swati who is elated to be reunited with him.

In the upcoming episode, Shankar and Parvati are set to get married. While Santoshi Maa tells Swati that if she wants to get married to Indresh, she has to fast on Hartalika. Then, as Swati and Indresh return home, Indresh’s father ties him to a pole and he isn’t able to text Swati. Do you think Swati and Indresh will be together? To know, keep watching Santoshi Maa Sunayein Vrat Kathayein on ZEE5.

Watch The ZEE5 Original 'Abhay' Inspired From The True Events!