Indresh has accepted his love for Swati and told the same to his father. 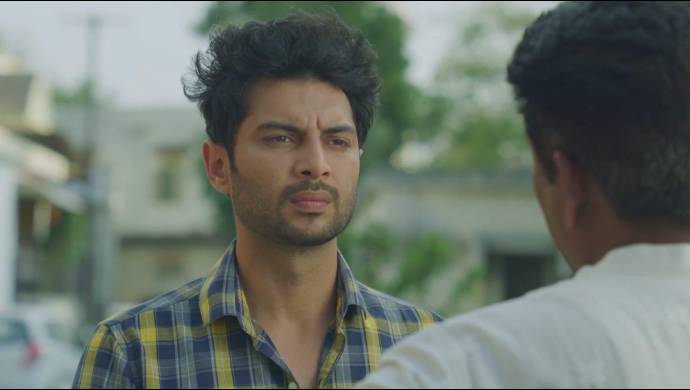 In tonight’s episode of Santoshi Maa Sunayein Vrat Kathayein, we see that Anush, who is Swati’s brother, goes to meet Indresh and informs him that Swati has still not returned home. He immediately goes with Anush to search for Swati. Poulomi comes to know about this and she says that does not want Indresh and Swati to get together, ever. She possesses Anush and informs his father, telling him that Indresh has gone with Anush to search for Swati.

When Indresh returns home, his father gets angry with him for meeting Swati. Indresh explains to his father, saying that he did not go to meet Swati but went searching for her out of concern because she had not returned home since morning. His father yells at Anush too, and tells him that his sister will never become the daughter- in law of their family because they belong to a higher class and don’t have any interest in getting a girl from a lower-class family.

Meanwhile, Santoshi Maa who had appeared in disguise to meet Swati, explains to her that love is the most beautiful feeling in this world and also the most difficult thing to pursue.

In the upcoming episode of Santoshi Maa Sunayein Vrat Kathayein, we will get to see that Indresh telling his family that he will only get married to Swati and he will not accept any other girl as his life partner. His father gets annoyed by his behavior and tells him that his marriage had been fixed, at the time of his birth. He punishes Indresh by tieing his hands around a pole and warns all the family members that if anyone dares to help him, he will punish them too.

Is this the end of Indresh and Swati’s love story or they will fight back against all odds? Find out only on Santoshi Maa Sunayein Vrat Kathayein streaming on ZEE5.

For more fun and entertainment, watch your favorite shows only on ZEE5

Valentine’s Day 2020 Special: Spread Love In The Air With These 20 Romantic Songs