In tonight's episode, we see Devi Polomi making things difficult for Swati. What happens? Read inside. 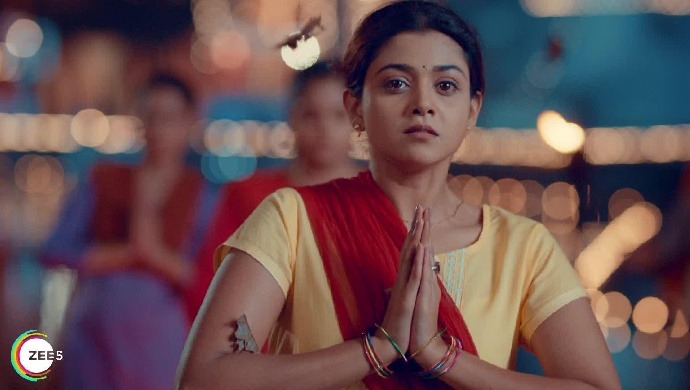 In tonight’s episode of Santoshi Maa Sunayein Vrat Kathayein, we see Swati returning home. Her parents are ecstatic and welcome her with open arms. However, Swati looks extremely dejected and forlorn. Seeing her daughter in such a depressed state, Swati’s mother tries to reason with her and says that they have already agreed for the marriage, but it is Indresh’s family that is expressing their refusal for this union. Swati listens to all this and walks into the house without a word.

Watch the full episode of the show here

At Indresh’s house, everyone loses their cool as he doesn’t open the door to his room. No one is aware that Indresh has sneaked out of the window and left the house to go meet Swati.  After many failed attempts, it is decided that the door to Indresh’s room will be broken down. At that moment, the door is opened and everyone enters inside, seeing  Indresh standing near the window. While everyone is fooled by his lies, Indresh’s father is able to figure out that his son was not in the room at all. To teach him a lesson, he ties Indresh to a pillar on the porch of their house, for the entire night.

The next morning, Indresh’s mother frees him and makes him understand that he must obey his father. Indresh listens to this and agrees with her, but soon goes to help Swati in completing the Hartalika Vrat. He sees her sculpting a shivling with the help of mud and decides to help her with it. However, Devi Polomi has some other plans for Swati as she continuously sends mud clouds to destroy her shivling.

In the upcoming episode, we will see Narad Muni asking Santoshi Ma to help Swati. What happens next? Let us know in the comments section below and catch the latest episodes of Santoshi Maa Sunayein Vrat Kathayein exclusively on ZEE5.

7 Sensational Scenes From The Chargesheet: Innocent Or Guilty That Had Us Hooked