This adorable picture of Saanand Verma, aka Saxena Ji, will instantly bring a smile on your face. 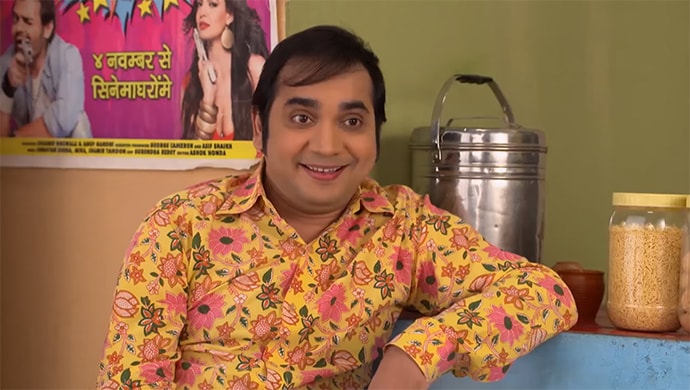 We truly love watching the lovable maniac Saxena Ji in And TV’s popular show Bhabi Ji Ghar Par Hain. Certainly, when this show started, no one could have thought that this funny character of Saxenaji played by actor Saanand Verma would enjoy a crazy fan following like he does today. Speaking about his character how can we forget his inevitable signature catchphrase ‘I like it’ which became so popular. The portrayal of the character and his sarcasm seems to fit the bill perfectly. Saanand has been in the TV industry for a very long time now but it is only after being a part Bhabi Ji Ghar Par Hain, the actor rose to fame. Have a look at his performance in the show:

Can you imagine this talented actor in his childhood? Well, we have something interesting for Saxenaji fans. Recently, there’s a childhood picture of the actor that we got our hands on. As a child, his cute and innocent look is something that is not to be missed. This photo is shared by none but Saanand himself on his Facebook account. He has captioned this adorable click, “Jab mein chota bacha tha” (When I was a small child).

Check out the little Saxena Ji’s photo below:

Awww! No doubt, it will instantly bring a smile on his fans’ faces out there. Though it is a childhood picture the actor’s features are the same even today. And to sum up, from our side, there are only three words we can say for this cute picture – ‘We like it!’

What was your first reaction after watching this throwback picture? let us know in the comments section below.