Shaan Grover Of RejctX 2: I Play A Rich Boy Who’s The Heartthrob Of Jefferson World School

In an exclusive interview, Shaan Grover talks about why RejctX 2 is going to be one of the best thrillers to binge-watch this quarantine. 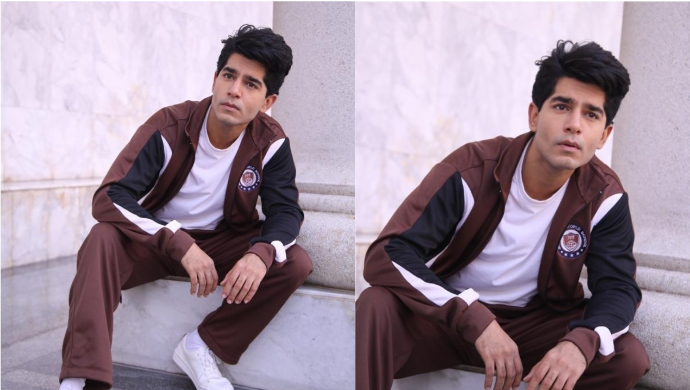 RejctX, one of the most popular web series, revolves around Jefferson High, and the complexities faced by the privileged students. This Goldie Behl thriller, shows us how these teens are tackling their lives, and also how music plays such an essential role in the same. It ended on a cliffhanger last season, and is one of the best high school thrillers. The cast and crew is back with season 2 of RejctX.

We had Shaan Grover, who plays one of the lead roles in the show, talk to us about RejctX 2. In an exclusive interview, he tells us all about working with Esha Gupta and how he found his passion for acting.

You can watch the season 2 teaser here:

How does it feel being a part of  the second season of such a popular show ?

It feels great to be associated with such a good franchise. I am ecstatic, it’s so humbling to work with talents like Sumeet Vyaas and Esha Gupta, even though Kubra Sait is not a part of this season, I would have loved to work with her. I always wanted to tap into this genre. It’s amazing, because I have played different characters in the school world. This is different, and I am happy to have portrayed one more character that is so unique.

How did RejctX happen and what was the journey like?

It’s a very short yet magical journey; I was called two days before the shoot. My manager called me one fine Sunday afternoon, and believe me I wasn’t even well that day. I was canceling all my auditions because I wasn’t feeling well, but I was told this is very urgent, and for a big web series, so I went ahead and tried to give it my best. I still don’t know what they saw in me, but I am guess something good, because I got a call that night itself, informing me that I had been shortlisted.

Tell us something about your character?

I am playing the character of Sid, he is rich, popular, and the heartthrob of the college. He has a tiff with Aarav, who I am sure you have seen is season 1. Aarav is played by Masi, who is a fantastic actor. Sid wants to protect the ideals and the image of the school, and he believes that students like Aarav are putting the school name in jeopardy. So, he goes after him which lands him into deep trouble, there are some very interesting interrogating scenes with Esha Gupta. It was an extremely meaty role to play as an actor, because I got to also perform a few emotional scenes; it was an extremely satisfying experience to play Sid.

Do you relate to your character?

No, not really. I think this is one answer that has stuck with me since the inception of my career, I have never related to any character I have played, but I am hoping for that to change. I think the only trait that Sid and I have in common, is that we love getting into trouble.

What was your most memorable experience while shooting?

There were quite a few, I knew a few of my co-actors from before, so I had a lovely time eating and shopping with them, and exploring Bangkok.  I met Sumeet Vyaas, and that was an unforgettable experience, because I adore him as a human being. The best part was shooting with Esha Gupta, because I had this completely different image of her as a star, and I didn’t know how that would go, but it was the opposite. She is an amazing actor. Most of my scenes are with her, and the first day was like dead cold silence, but on the second day, I had few heavy scenes and monologues, so after the shoot she came to me and praised me for my performance. It was very memorable because we broke the ice on basis of my talent. Since then we have been good friends and hung out a lot on set.

Tell us something about your craft?

I always wanted to be an actor. I did my first play as Mowgli when I was 5 with Lushin Dubey, I was selected from around 400 kids to play the part. My parents were extremely supportive as they were the ones to tell me to go out there and perform. It was theatre that put things into perspective for me. I also realised that I can dance. My dad used to be a model during his time,and maybe it was his passion also that drove me to pursue acting. I used to see a lot of cinema, and it was all very inspiring. I know, even if I had become a CA, I would still want to be an actor.

What is your message for your fans?

I think that one becomes an actor for two reasons. One is definitely for yourself, and second for your fans, the people who watch your work. I just feel the process for the audience is the most important, because at the end of the day you perform for them. So, if they laugh and cry with me, I know I am winning. I would just like to thank them, and ask them to be connected with me wherever they are, also keep the feedback coming. It’s wonderful.

Why do you think one should not miss season 2 of RejctX?

I think it will be a great stress buster especially during the quarantine, and it’s one of the best thrillers which will put you in a binge mood.

If you haven’t watched this interesting series yet, catch up on all episodes of Season 1, before you start Season 2 – only on ZEE5.