Shiv Prakash Shukla and Amarpal Singh both portray powerful gangsters in ZEE5's Rangbaaz. Which gangster do you think was deadlier? Take this POLL. 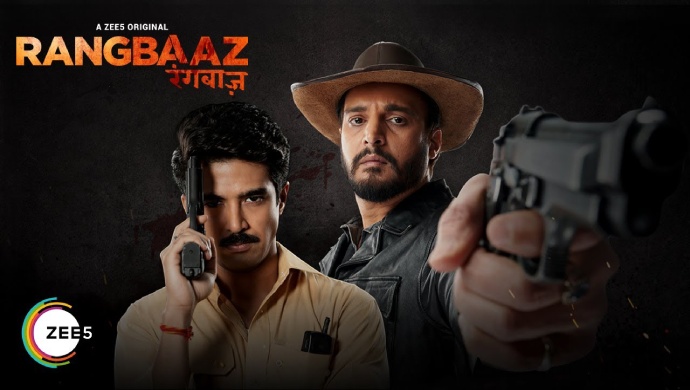 Both seasons of Rangbaaz gave us two different types of gangsters in Shiv Prakash Shukla, and Amarpal Singh. While Shiv Prakash is from Uttar Pradesh, Amarpal is from Rajasthan. What they do have in common is that they were not meant to be criminals, but society in a way pushed them to become one. Saqib Saleem and Jimmy Sheirgill aced these roles written by Siddharth Mishra

Watch the trailer for the second season of Rangbaaz right here.

In the first season, Shiv Prakash Shukla is a shown as a school kid who drops out of school after getting into crime. He begins his career as a gangster after committing his first murder, killing a man who eve-teased his sister. He goes on to become the biggest criminal and one of the most dreaded gangsters, spreading his terror in Delhi and Bihar as well. His thirst for fame sees him making the headlines for committing shocking crimes. Politicians use him as a hitman to kill their opponents, while fearing him too. Saqib Saleem’s portrayal of the dreaded gangster earns him applause from criminals and cops both.

In the second season, Amarpal Singh is shown as a college topper and a college election candidate before becoming a gangster. He didn’t plan to be in power, but reluctantly accepts it. His power does not die down even when he goes to jail. When politicians see his rise in power, they fear that he would become more powerful than them. Amarpal Singh then takes on the whole system by joining a businesswoman, starting a whole illegal liquor business.

Both these gangsters end up killed because of the lives they live. They live the life of a Rangbaaz, living a life of crime and facing their consequences without fear.

+
Explore More
Get all the live updates on Coronavirus on ZEE5 News Section.

Nanha Nattu: Why Every Parent Should Watch This Animated Movie With Their Kids

Uri Vs State Of Siege: 26/11: Which Thriller Had Better Action Sequences? Vote Here