Shoaib Kabeer On Playing Kasab And ‘Making Of A Jihadi’ Episode In State Of Siege: 26/11

Shoaib Kabeer, who plays Kasab in State Of Siege: 26/11, talks about the importance of understanding Jihadis and the time he lost real blood on set! 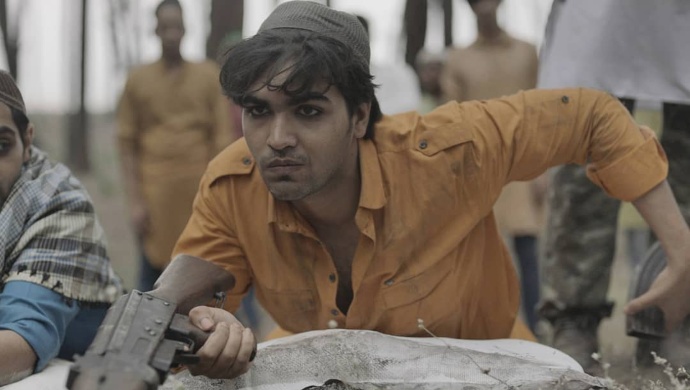 In State of Siege: 26/11, Shoaib Kabeer plays the role of Ajmal Kasab, the infamous terrorist from the 26/11 attacks, who was the only one of ten to be captured alive. He talks to us about how he prepared for his role in the series, from physically looking like Kasab to understanding him mentally. He also talks about how much he learnt from working with an international director like Matthew Leutwyler and experienced actors like Mukul Dev.

At first, I went to audition for a character named Shoaib, as my own name is also Shoaib. But they asked me to try for Kasab’s role as well. After three auditions, they asked me to really go for Kasab’s role. And I have never been interested in knowing about Kasab. He’s an anti-hero and his ideas don’t interest me. The people at ZEE5 gave me the book ‘Black Tornado‘ by Sundeep Unnithan and asked me to go through it. After I read the book, I wanted to do the role, but then the problem was I was too tall to play Kasab. So I gained around 6 pounds of weight to look short.

2. So after watching the show, how did people react to your character?

Oh my God! You have no idea how many calls I’ve got. What happened was while shooting the show, the director Matthew Leutwyler wouldn’t show us how we were doing. He would just say that it is done but I didn’t know how it was going to turn out. When I saw the show, I was happy to see my work in it. People from the industry have been calling me up saying I’ve done a good job. People who watched the show online sent me some 70 to 80 message congratulating me for my work. There were also those who wanted to know why there was an entire episode dedicated to Kasab in the middle of the series.

3. Did you face any doubts while playing the role of Kasab?

I am nothing like Kasab in real life. I have never even had a sip of alcohol so to go out with guns and kill is something I will never understand. The only reason I wanted to do this role is because no one has seen Kasab’s story before. There are so many shows about 26/11 and no one even showed Kasab’s story. I prepared for the role being seven days in isolation and it’s along the lines of Joker. I listened to background music from Padmaavat and Maroon 5’s Animals instrumental version on loop to get into the dark phase. I’m thankful that there’s an entire episode to understanding how a jihadi is made.

4. How different was it working with an international director like Matthew Leutwyler and the DoP Richard Henkels?

It’s not different because the process is about the same. However, they both knew exactly what they wanted to do. They know how to make six in the morning look like the middle of the night just playing with lighting. They would just tell us to do our work properly and they will manage everything else. When your director himself works for 16 hours a day and speaks to everyone, you feel like doing your best so everyone can get done soon. It was a great experience overall.

5. How was it working with Mukul Dev, who is a really good actor and writer?

Mukul Dev is a lord in his own right. He used to make his own script and tell me how to go through a scene. He had so many monologues and he would nail it every time. He is always happy to help out too because an actor is only as good as his co-stars. I learnt a big lesson in mood shifting from him. There’s one scene where Kasab is injured in training and Mukul Dev’s character instigates Kasab into becoming the terrorist. Mukul Dev wrote the entire scene with expressions and there’s one cold-eye stare at the end of the scene that he only got me to do. It looks crazy.

6. The people who played the roles of NSG commandos were trained by Lt. Col Sundeep Sen. Were the people playing the the terrorists also giving training?

We were given training too. We were taken to a place in Gujarat, Namgaon. Whatever training they have shown in the ‘Making of a Jihadi‘ episode, we were trained for 2-3 days before they shot those scenes. We were kept up for one whole night because they wanted us to have that tired look in our eyes. We would run up and down with our guns and train like commandos.

7. Did you hear the Sahas Ki Vijay song?

Oh, yes. I love the song. It reminded me of Uri and ‘How’s the Josh’. I loved the song because I was playing Kasab but I was supporting the NSG even while shooting.

I’ll tell you one funny incident that happened on set. We were shooting Kasab’s capture scene in Colaba. When I got out of the car, the police were supposed to beat me up. There were glass pieces on the ground from the crashed car. I was lying on top of the glass so I got real wounds. When the director asked them to stop, the junior artists didn’t understand English. They thought they had to kick more so I got beaten up again. I was still on the ground thinking Kasab deserved this. Even the person in the car with me is actually unconscious. The fake bullets we used went right past his ear and he passed out in the crash.

8. You are also the ambassador for Real Kashmir FC. Do you feel like you are bringing light on issues and stories that are not often seen?

My personal opinion is that many people hold different ideologies. You see this around the world but more so in Kashmir. It’s because the people there are always in some crisis. I’ll say this much, if you are being oppressed and you don’t get food and your family is harassed, you will consider going to the person who promises to feed you and protect you. However, that feeling is wrong because hate only brings more generations of hatred. Kasab’s whole episode is not a way of showing how big and brave he became. Instead it’s to show that in the end he realised how badly he messed up his life and it was too late.

Watch out for Shoaib’s role in the show State of Siege: 26/11 while you binge watch all eight episode at home.