Shraddha Kapoor, Katrina Kaif And Other Actresses That Rocked Quirky Looks In Films

Shraddha sported an unconventional look in Batti Gul Meter Chalu and nailed it. Which other actresses have managed to do so? 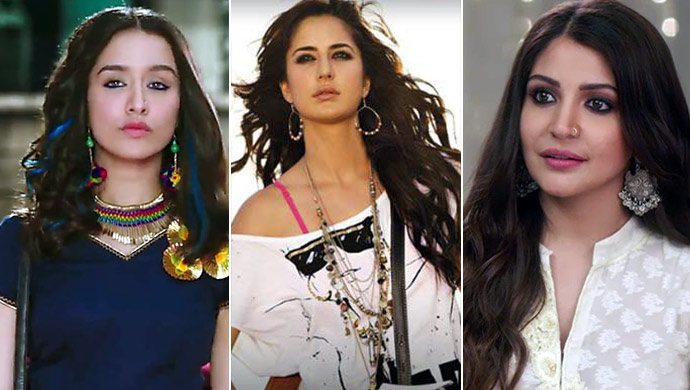 There used to be a time when a style was expected to fit into specific categories – modern, classic, western, ethnic, Boho, Indian, etc. But an evolution in style has led to the rise of fusion, where desi is meeting Boho, modern is meeting classy, so on and so forth.

Stylists today are making celebrities experiment various looks, where some work and some don’t. However, these actresses managed to pull off unconventional style statements with ease.

This is the first time we have seen the actress carry off such vibrant colors in a film. Shraddha is seen wearing a fusion of Indian and Boho in most scenes. She sports various prints, patterns and teams her look with chunky jewelry, that adds more spunk to her overall look.

Check out Shraddha’s uber cool style in the film.

Katrina redefines ‘punk-rock-chick’ with her style in Mere Brother Ki Dulhan. We mostly see her sporting summery clothes in the film which includes denim shorts, gunjees, tassled shrugs, worn-out denims, etc. teamed with junk jewellery. We love the smoky eyes she carries with her looks, that add an extra edge to her overall style. Full points!

Anushka’s look in this film, is refreshing. The actress was made to wear kurtas with boots and leather jackets-an out and out unconventional look-that she pulled off with ease. Anushka’s nose ring and the gorgeous earrings that she sports with all her attires, enhances her overall look.

Amrita Rao’s goth-punk style in the film came across as a pleasant surprise to many, as viewers were still used to seeing actresses clad in flowy sarees and elegant dresses. Amrita looked cool and casual with her torn jeans, ripped crop tops and heavily coaled eyes. The cherry on the cake was the actresses’ nose ring and curls.

Which actress stood out for you with her hatke look?  Tell us in the comments section below!

Watch some of the most popular Bollywood movies on ZEE5.

The Final Call Marks Arjun Rampal's Web Debut: Everything To Know About The ZEE5 Original