Shukranu Based On 1976 Sterilization Drive, Here’s All You Need To Know About It

Shukranu, an upcoming ZEE5 Original starring Divyenndu, Shweta Basu Prasad and Sheetal Thakur, is based on the forced sterilization during 1976 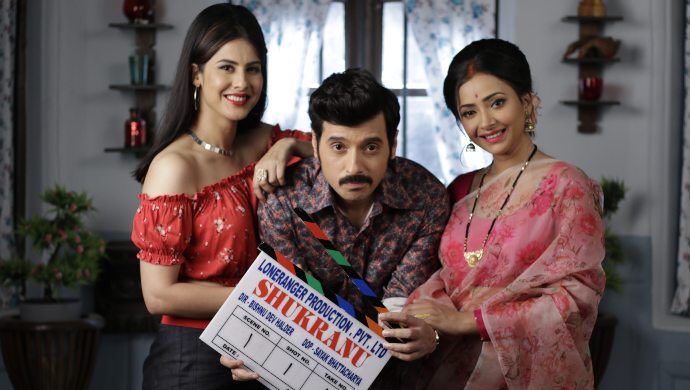 On 26 June 1975, Prime Minister Indira Gandhi declared a state of emergency in India which lasted for 18 months until its withdrawal in January 1977. During this period, in 1976, a forced sterilization drive was observed across the country. It was spearheaded by Gandhi’s son Sanjay Gandhi. Shukranu, an upcoming ZEE5 Original starring Divyenndu Sharma, Shweta Basu Prasad and Sheetal Thakur, showcases a sequence of events which the protagonist had to deal with and how his marital life, love life and peace of mind were affected owing to the situation. While the film is currently being shot and will release next year, let’s take a look at what the sterilization drive was all about.

The sterilization drive, to begin with, was born from the millions of dollars of money India had loaned from the World Bank and Swedish International Development Authority. A population control programme was thus launched. Civil liberties were suspended and violations of several rights were allegedly observed. The ‘gruesome campaign’ as it was called sterilized poor men. Men were dragged from their houses, brought to an area by the police where they were sterilized. Launched on a large scale, the drive even found a place in Salman Rushdie’s novel, Midnight’s Children. As many as 6.2 million Indian men were sterilized within a year with two thousand losing their lives to botched operations.

Shukranu, the debut digital film produced by Reliance Entertainment will be directed by National Award-winning Bishnu Dev Halder. The script is perfectly punctuated with situational comedy and is sure to create a laugh riot! Speaking about the film, actor Divyenndu said, “We have already started shooting the film. My character Inder goes through a lot of emotions as a result of forced sterilization which makes it a challenge to play as we want it to be sensitive and entertaining both. This film will mark my second outing with Zee5 after the award-winning Badnaam Gali and I am looking for a fruitful associate once again!”