Siddhant Chaturvedi spoke about how he was chosen for Gully Boy,his equation with Ranveer Singh, his passion for writing poetry and yes, Ananya Pandey 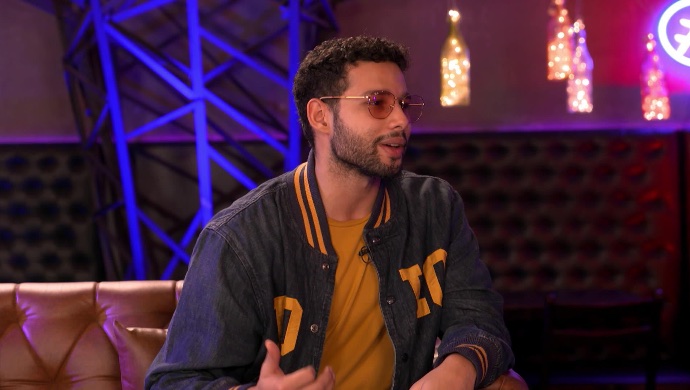 The breakout star of Gully Boy, Siddhant Chaturvedi, recently appeared on Komal Nahta’s show Starry Nights Gen Y. He has broken the internet with his rap performance, created a stir with his nepotism comment, and whatnot! He has shown the world that if you have talent and dedication, no one will dare stop you.

In conversation with Komal, Siddhant opened up about his interest in Drama when he was studying to become a CA. He used to take part in a few theatre productions, but his core focus remained on clearing the CA exams. Also, somewhere down the line, he had this instinct about cinemas. He wanted to kept himself motivated and inspired by looking up to Shahrukh Khan, who was also an outsider in the industry when he started out.

When he told his parents about his passion for acting, they knew it was coming. He also spilled the beans about writing poetry which comes to him naturally.

Komal and Siddhant moved on to play some games, where he answered that he would like to date Alia Bhatt, marry Kiara Advani, and stalk Sara Ali Khan.

Later, the show moved on to when he got spotted by Zoya Akhtar. He said he was dancing at the success party of Inside Edge when she spotted him.

Speaking about Ananya Pandey, Siddhant said that she is pretty cool and doesn’t care much about memes which were circulated.

He has also rapped during the show.

Later, Siddhant’s father Laxman Chaturvedi also joined the show. Siddhant said that his father has been a strong pillar in his life. He supported him and respected his decision.

Siddhant also emphasised that Ranveer Singh has always been very special to him. On that note, Komal showed him a video that Ranveer had sent for him which made Siddhant a bit emotional.

The show moved on to have more fun games and talk. Komal wrapped up the show by giving him a token of his appreciation.

Watch more episodes of Starry Nights only on ZEE5

Watch all the episode of Mentalhood only on ZEE5

World No Diet Day: 5 Easy Recipes Of Junk Food You Can Binge On During This Cheat Day