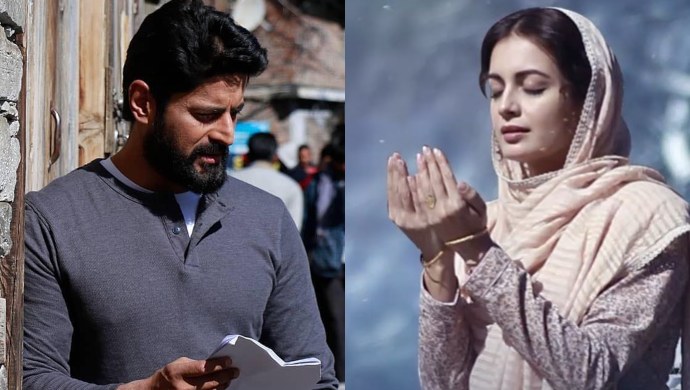 ZEE5 Original web series Kaafir starring Dia Mirza and Mohit Raina in the lead as Kainaaz Akhatar and Vedant Rathod has been at the receiving end of critical acclaim and love from fans. Both Dia and Mohit’s work along with director Sonam Nair and writer Bhavani Iyer‘s powerful contributions have been lauded by the celebrity circuit and cyber citizens. Besides a riveting story and acting prowess, Kaafir is an emotionally draining watch that upholds humanity as the biggest religion. Producer Siddharth Malhotra, in an exclusive interview, reveals how Dia sunk her teeth deep into her character and performed her own stunts in challenging weather conditions, working with an 80% female crew and the power of the web as a medium.

Read excerpts from an exclusive conversation with the director-producer here:

Q. Kaafir finally got made after 13 years. Do you think it is more or less relevant than it could have been had it been made earlier?

Hindustan-Pakistan issue has been there since we were born I guess. But in today’s times with Pulwama and similar incidents happening, I think the story is more important not just in Indian but globally too. The story that tells ‘Humanity it the biggest religion’ is a global message, it may be rooted in our country but the universe of its acceptance is way bigger. So yeah I would say that now is the right time to tell Kaafir.

Q. Do you think a web medium increases the reach of the project?

I completely agree that digital is the best medium. I have come to believe instead of the frustrations and all, every story has the right medium and time. We couldn’t have explored each and every layer if it was put in some two hours. Now that it is made into eight hours of content, we have much more to tell.

Q. Sonam Nair who has directed Kaafir has mostly worked in the comic space. What made you get her on board for the series?

I have been worked as an assistant director with Dharma Productions for seven years. In these last years, I have always felt that Sonam comes across this cool dude, but internally she is a very sensitive soul. There is a wall that she puts in front of everybody which you cannot enter. One thing I have identified in my career is to know people. Kaafir is a story about a woman, so I thought let me get a woman director. 80% of my crew are women, it’s written by Bhavani, my wife is the co-producer, my editor is a woman, my costume designer is a woman, my director is a woman, my ADs were women, so I wanted this to have that women power.

Not sure about the female director part, but it required someone sensitive. This show is not just about Sonam or me, the amount of hard work Dia has put in is incredible. Dia’s dedication rubbed off on us, if she is doing so much why not us. She has done workshops, she has done readings, every line, every scene she has discussed with Sonam and me before shooting. What we thought would finish off as regular reading in one day, we took almost 15 days to go over every episode, Mohit, me Dia, and the writer. All these things ahead of the shoot led to what Kaafir is. Everybody put in their own part, everything happened magically. I really come to believe the fact that jab kuch hona hota hai toh wo hojata hai.

Q. You were expected to shoot in Jammu & Kashmir, later it shifted to Himachal Pradesh. Tell us about the change in location.

Just two days before leaving for the shoot, we got a call that don’t come. We were told that this is not a good time to come, so we had to cancel everything we had arranged. It was a direct flight to Srinagar, we had to go there. Then we came up with Kalpa-Sangla in Himachal Pradesh. None of us knew what we were expecting over there. After travelling from Chandigarh via car, in total 14 hours, non-stop and we enter a -6 degrees atmosphere. I know Mohit was freezing for the first three days. We had a doctor on set for Mohit every day. And Dia, with her commitment, I had to shout at her as a producer, ‘Are you mad? We have got a tube for you, you are going into the water without the tube, it’s -6 degrees.’ She was meditating and she didn’t use a tube for any of her shots in the river. Dia has gone into the freezing cold river and given the shot herself. I have not seen such dedication in an actress in my career, Dia gave it her all and she is getting it back all.

Siddharth also revealed that 13 years ago, when he planned on directing Kaafir himself, he had Kajol and Ajay Devgn in mind for the lead roles.

Have you watched Kaafir? Read our review of Kaafir here to help you decide. Share your comments about the web series in the comments box using the hashtag #HumanityIsMyReligion and #Kaafir.

Jaat Na Pucho Prem Ki: Suman Goes Out To Get The Video Footage But Gets Kidnapped