Starring Prateik Babbar, Sonal Chauhan, Jisshu Sengupta, and Jatin Goswami, Skyfire is based on 2016 novel of the same name by Aroon Raman. 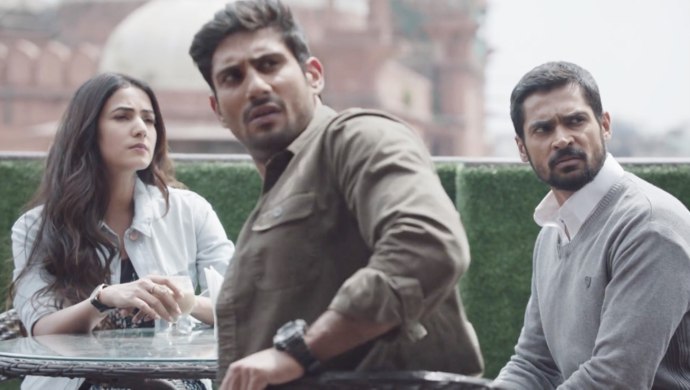 Skyfire is an adaptation of 2016 eponymous book of the same name by best-selling author Aroon Raman. The ZEE5 original web series is set in the science fiction space, first-of-its-kind in India. It boasts of a stellar cast that includes the like of Prateik Babbar, Jannat girl Sonal Chauhan, Tollywood’s reigning star Jisshu Sengupta is a part of the show too. As seen in the trailer below, Skyfire revolves around alarming weather changes that are beyond any predictions and comprehensions. Besides, a startling series of children disappearing from slums leave the protagonists worried. Are these dots connected and a road map to a catastrophe?

Produced by award-winning filmmaker Shabina Khan, the digital drama is cooked with all the right ingredients required to make Skyfire a soaring success. The first episode establishes a tone – this web show is intense, gritty and unforgettable. Before we proceed, it is mention worthy that four episodes have only been released on the OTT platform so far (at the time of writing this). We are introduced to an abrupt avalanche which disturbs the National Security Council owing to a lack of explanation. Next, we see journalist Chandrashekhar (Prateik) chasing a lead in Kerala. However, he is rendered unconscious only to wake up in a flood-ridden area. He is informed of acid rain after he bumps into Vaishali Dharma (Anindita Bose) after being rescued from a strange weather occurrence. Meanwhile, Meenakshi Pirzada aka Meenu (Sonal) is discussing her night school student and police informer Gopal’s disappearance with her friend and police officer Sayyed Ali Hassan (Jatin Goswami of Babumoshai Bandookbaaz fame) when he is called into the office to get some disturbing information about an upcoming snowstorm.

Chandra and Hassan start looking for Gopal and begin from the spot where he was last seen. Meanwhile, anomalous weather phenomenon continues to strike different parts of India. It is in episode three that we finally get to witness the possibility of a political link behind all the misdeeds. With every episode, your heart pounds a little faster than before, for this fast-paced series is highly intriguing. Raman’s novel was a massive hit and raked in comparisons with works of Robert Ludlum. Laced with scientific details and terrific twists and turns, rest assured, the web version is replete with it all.

Let’s talk about VFX and special effects. You’d be appalled to see the level of accuracy attained in the episodes. For an Indian web series, you’d be stunned if we may add. The background score is perfect and suits the situations. Skyfire ticks all the boxes of an apocalyptic-themed project very well complemented by graphics and music.

Since all the episodes are not out yet, it remains to be seen if and how is there a deviation from the original text. As the word pralay gets whispered again and again in tensed tones, you’ll wonder if there is a connection between the acid rains, the storms, and the missing children. This is a no spoiler review, so we will let you buzz with excitement, watch it for yourself to find out!

Skyfire premiers on ZEE5 on 22 May 2019, tune in now! Don’t forget to add Ranveer Singh’s blockbuster film Simmba to your weekend binge, now streaming on ZEE5!