Sonam Kapoor: If I Don’t Take Advantage Of My Father’s Hard Work, It’d Be Disrespectful

"I think I’d be a little disrespectful to my father's work and what he (Anil Kapoor) is trying to do," Sonam Kapoor talked about nepotism on Pinch. 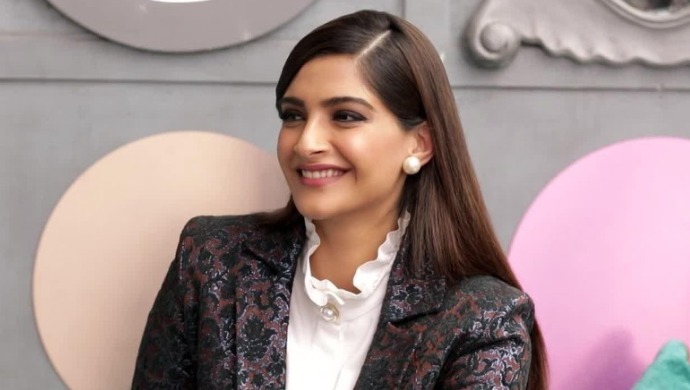 Nepotism is a never-ending topic of debate and discussion in the entertainment industry. The world of gloss n’ glam has seen (and still does) quite a bunch of star-kids enter and exit. There have been accusations made that the star-kids and those related to industry bigwigs have it easy. But Sonam Kapoor Ahuja has something to say to those who hold such an opinion. The Veere Di Wedding actress recently graced Arbaaz Khan’s show Pinch and addressed nepotism.

A certain Twitter user called Sonam ‘pathetic’ and said that she cannot act despite spending ’10 years in the industry.’ He even used hashtag nepotism in his tweet. Giving it back to the person, Sonam said, “I have been for 11 years in this industry. Thank you for following me all this while and knowing how long I have been there. And I just wanna explain what nepotism really means. You know everybody thinks it’s a relative of a person, but nepotism really means any to get a job through a connection. I think people have misunderstood it or people don’t understand it or use the word for their benefit, to put other people down.”

She further added, “And other thing that I’d like to add is that my father didn’t come from an illustrious family. He has been in this industry for 40 years. And he has worked very hard only for his children. If I don’t take advantage of his hard work which he has done for us, I think I’d be a little disrespectful to his work and what he is trying to do for us. Because every man or woman, a mother or a father works for their children.”

You heard the woman, people. It may or may not be what you think of her.

Do you agree with Sonam’s point of view? Let us know in the comments box below.