Strawberry Shake will make you go through a roller coaster of emotions and leave you with the thought of having a conversation with your parents. 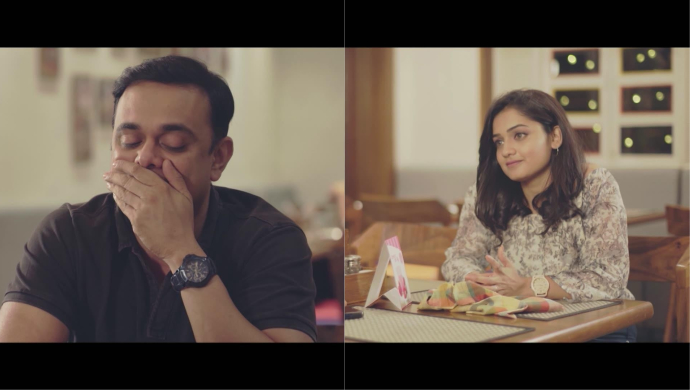 Strawberry shake isn’t a movie on just one father-daughter conversation about a taboo topic, but this is a short film that unveils the emotional and mental journey the characters go through, while talking about the same. We are introduced to the main characters – Mrunalini, who lives with her single father, fierce in her decision seeking freedom, but wants to be accepted for who she is by her father. Mrunalini is played by Hruta Durgule. The father played my Sumeet Raghvan, is every father trying to connect with their millennial or as we now have it, Gen-y generation. He is supportive and, his only fear is that he might lose touch with what his daughter is up to.

The conversation that takes place later in the short film is what makes it so special. Mrunalini doesn’t mince words while talking about the same, she explains to her father that she does not want to lie to him and get boys home. She wants to explore and do it with responsibility, while many people still think, that conversations like these can only betide in a film or a virtual setting. But this Shoneel Yallattikar film is not superficial and will encourage one to go out there and have a real conversation with their parents.

Strawberry Shake is a triumph of writing and creating that personal chord that strikes with all. Shoneel Yallattikar who has also written the screenplay, creates such a strong ambiance that we surrender to its message. He tells us a story without flash or melodrama it’s like he picked up a real-life situation and let it just work its magic out. Strawberry Shake is one of a kind, important conversation that one must have, it strengthens the relationship and gives a room for happier and more honest equations. It speaks the truth with simplicity and heart, It might make you awkward, happy and even shed a tear. Its a must-watch.

Watch this short film only on Zee5.

World Music Day: This Amit Trivedi Playlist Will Suit Your Every Mood