Svah! So Be It Review: A Taboo-Breaking Short Film Of The Before And After Of Marriage! 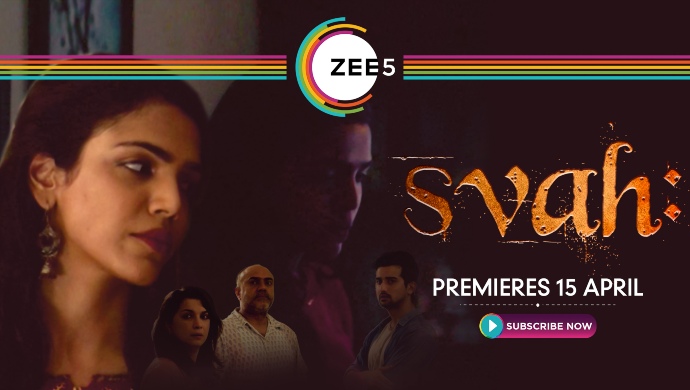 When the female protagonist refuses to adjust to societal norms, and instead, stands up for what she believes in because it’s the right thing to do, we get a sense of inspiration. And that is what Svah! So Be It is all about, which premiered on 15 April 2020!

Watch the trailer of the short-film here:

There are lots of stories and short films about marriages, arranged marriages, love marriages, and everything in between. We are not alien to the concept of prospective brides and grooms introducing their parents to each other. Of course now instead of chai and samosa, it’s Chinese food and beer. While modern-day relationships may seem like an easier and more practical way of life, Svah! So Be It raíses a question like no other. The film focuses on one step beyond marriage, and everything that may come along with it.

Shriya Pilgaonkar plays the headstrong Savri who is set to marry Amit (Rajit Kapur), a boy she met on Tinder. Amit’s parents are all set to visit her and her parents. Amit and his family are based out of London and Amit’s father is a plastic surgeon who takes deep pride in fixing people. The story starts off with a sweet and happy setting, of everyone really looking forward to this new net of relationships. What starts off as just a casual gathering takes a turn towards one of the most overlooked things among Indians when it comes to getting married.

It’s true that marriage is a bond not only between two people but two families. It is a mixing of genes from two separate strains, with lots of margin for error. Then, should one disability call off the entire affair? Is this important? Svah answers this and more. Stellar performances by Shriya Pilgaonkar, Rajit Kapoor, and Shilpa Tulaskar are the backbone of this movie. This 12-minute short smashes the 12-century long patriarchy and marriage taboos.

If you enjoyed Svah! So Be It, you can watch similar movies on ZEE5.

You can get all the live updates on Coronaviruson ZEE5 News section now.

Juhi Chawla To Manoj Bajpayee, Did You Know They Are The Voices Behind 'Krishna Aur Kans'?